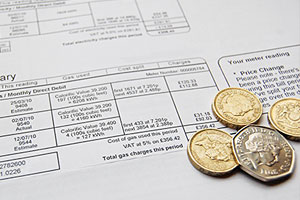 Pressure is on the Big Six to cut energy tariffs

The government has placed renewed pressure on the Big Six energy firms to slash household energy bills and pass on lower wholesale energy costs to consumers.

A recent Which? investigation uncovered that energy bills have not fallen in line with wholesale prices, costing consumers around £2.9 billion over the last year – an equivalent of up to £145 per household on a standard tariff.

Time for energy companies to act

In the lead up to the general election, energy companies insisted they were unable to cut prices due to the possibility of Labour’s plan for an 18 month price freeze being introduced. The government has said that now that the threat of a price freeze has been lifted, the Big Six energy companies need to act and reduce prices.

Which? executive director Richard Lloyd said: “Energy firms have totally run out of excuses for not cutting our bills. It’s good that Ministers are acting but we now need to see suppliers do the right thing, and fast. If they don’t play ball it will add weight to the case for the competition authority to step in and force the energy firms to make bills fair.”

In February, a Which? investigation discovered that energy bills could have been significantly reduced if the big energy companies had lowered prices to reflect falling wholesale energy costs.

Our research shows that suppliers could have reduced electricity prices by up to 10% since 2013 – a saving of at least £1.6 billion a year to consumers on standard tariffs.

Yet last week, the second biggest energy supplier in the UK – SSE – reported a 39% increase in profits to £456.8 million for the year to March 31.

The Which? Fair Energy Prices campaign, already containing almost 204,000 supporters, calls on the Competition and Markets Authority (CMA), as part of its current investigation into the energy market, to:

•investigate the best way for the regulator to establish a ‘price to beat’, so that consumers can trust that the price they pay is fair

•require energy suppliers to use simple, directly comparable pricing, similar to petrol pump displays, so people can more easily compare prices and make the best choice if they switch.