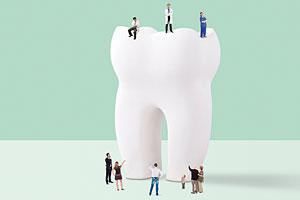 New Which? research has revealed that a third (31%) of NHS dentists who say they’re accepting new patients on the government’s NHS Choices are actually not, and those that are often have lengthy waits.

In March 2015, we called 500 dental practices – advertising on the Government’s official website, NHS Choices as accepting new NHS patients – to see if we could book an appointment.

Our calls were part of a mystery shop to uncover the true state of NHS dentist availability, after our campaign to Clean Up Dental Costs revealed the difficulties that some people face when trying to find an NHS dentist.

Half of those we phoned couldn’t see our researchers for an NHS appointment within two weeks. One dental practice had dental appointment availability, but only with a wait of eight to nine months. Another had a waiting-list that was thirteen pages long.

Which? executive director Richard Lloyd said: ‘We found it’s frustratingly difficult to get an appointment with an NHS dentist as information about availability doesn’t reflect reality. This is a kick in the teeth for patients and yet more evidence of poor communication from the dental sector.

‘We want the Competition and Markets Authority to step in and ensure that dentists put the existing rules into practice so that people can easily find out where they can get NHS dentistry.’

To help you find a dentist, we’ve put together ten tips for finding an NHS dentist and information on private and NHS dental charges.

Barriers to booking an NHS dentist

In a few cases patients were asked to pay deposits before booking with an NHS dentist, including at least one that was non-refundable.

There’s no legal basis for charging patients for missed NHS appointments and charges in advance of treatment are also not permitted.

These included having to make a special visit to the surgery to register as a new patient before being allowed to book an appointment.

Even though our undercover researchers asked for NHS dentistry, some were offered some private appointments instead – in some instances for the next day.

All too often, we came across examples of broken websites, poor information and a lack of direction for new patients.

Some practices said that they did have NHS availability – but only with the caveat of an unrealistic wait.

In a separate survey of consumers, we found four in ten (39%) people would use NHS Choices to find a new dentist, highlighting how important it is that the website is kept up to date.

It also revealed that 45% of patients who tried to book an appointment with a new NHS dentist in the last year found it difficult and one in five (19%) new patients went without dental treatment because they couldn’t find an NHS dentist.

We also uncovered some striking regional differences between practices advertising appointments on NHS Choices who said yes and those who said no.

For example, in Devon, Cornwall and the Isles of Scilly, only five of 18 dental practices claiming to be accepting new NHS patients on the NHS Choices site offered researchers an appointment.

Yet they succeeded in getting one at all the 16 surgeries in Kent and Medway that they phoned.

Across the country, we found significantly better availability of NHS appointments in London than in the rest of England, too.