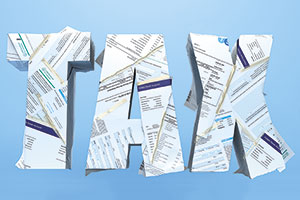 Staff at some of the UK’s biggest banks are unable to answer basic questions about tax and savings accounts, Which? can reveal.

In our latest mystery shop, almost one in 10 staff (9%) couldn’t tell us whether tax was automatically deducted from interest in savings accounts, while 40% didn’t know how much was deducted.

We also found a worrying lack of knowledge about the ways non-taxpayers can stop tax being deducted, or claim back overpaid tax.

If you’re a non-taxpayer – because your total income including savings interest comes to less than £15,600 – you are entitled to receive your interest gross. Often savers who don’t earn enough to pay tax don’t tell their bank and end up overpaying tax as a result.

Find out more: Tax on savings and investments – the Which? guide

We mystery shopped 12 of the biggest savings account providers and called each of them 12 times. Our researchers said they were calling on behalf of a relative, and that they had some general questions about savings and tax. We asked the following questions:

One in 10 call handlers answered incorrectly. A Barclays agent suggested that anyone on a pension wouldn’t be taxed and one HSBC agent put our researcher on hold twice in order to try and find the answer, before incorrectly saying that no tax would be taken.

How much is deducted?

All we wanted to hear was that 20% tax was automatically deducted, and yet 42% of call handlers failed to correctly answer this simple question. The worst scores came from Barclays and TSB, who only managed two correct answers out of a possible 12.

If you don’t pay tax, what can you do?

We wanted to be told about R85, the form you can submit to a bank to stop tax being deducted from your interest. No providers scored 100% on this question, but Halifax, Yorkshire Building Society and First Direct managed 11 out of 12.

At the other end, HSBC only picked up half of the available marks. A Santander call handler incorrectly told us that registration happens automatically if the bank has your national insurance number and a Co-op Bank agent told us that you should query whether you should be paying tax with your local council.

What can you do if you’ve overpaid tax?

We wanted to be told about the R40 form, which can be completed and sent to HMRC to reclaim overpaid tax. The banks and building societies we tested only managed to pick around a third of points on offer for this question, with NatWest scoring just one point.

One Barclays agent incorrectly stated that the bank would rebate tax from the day you became a non-taxpayer, while another said ‘every penny’ of tax would be refunded after you register for gross interest.

However, the worst performers struggled in comparison. Barclays and NatWest, which together hold 29% of taxable cash savings according to Mintel, scored just 50% and 52% respectively. TSB did slightly better with a score of 55%.

We offered the worst performing banks the opportunity to comment and Barclays said that ‘knowledge of tax, and how it impacts customers, by our front-line staff is vital.’ It apologised for falling short in the instances we’ve highlighted.

NatWest also said that it is committed to ensuring its staff have the right knowledge. It regrets that it didn’t get things right in this case. And TSB told us that it is disappointed with our findings. ‘We are committed to providing the best training and support for our staff’, it said.