You may well buy a supermini with fuel saving in mind. But did you know that the miles per gallon (mpg) figure you see in adverts isn’t always accurate?

Our testing has shown that some petrol engine superminis – including the Citroën C1 and Hyundai i20 – are 20% less fuel efficient than claimed, costing owners up to an extra £220 per year.

That’s why it’s vital the EU test is updated to be more accurate in 2017 as planned, and not delayed to 2020 as some manufacturers would prefer. 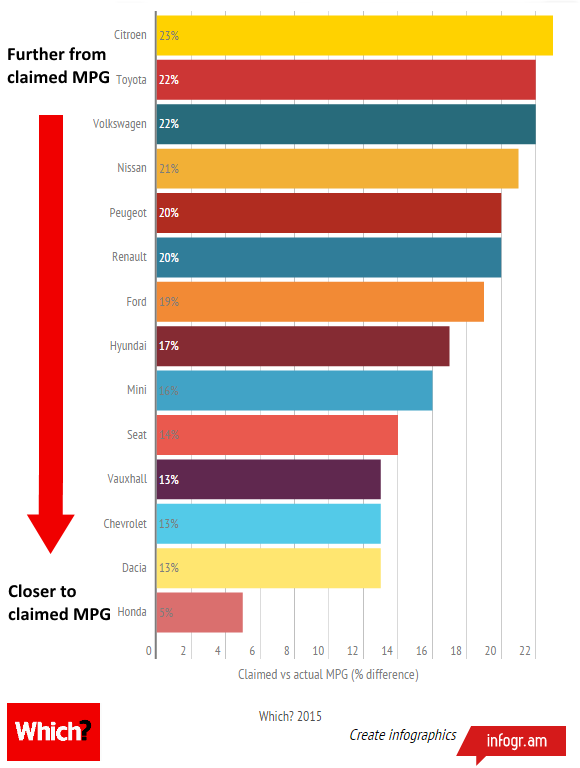 Which cars were included in the study?

How we test MPG

The testing that underpins every Which? car review is designed to give consumers the most accurate picture possible of how their car will perform in everyday life. So when assessing fuel economy, unlike the official EU test, we include a motorway driving simulation, switch on the lights and air con, and inflate tyres to the recommended pressures.