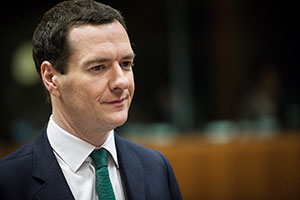 Pay less tax, pass on more to your family and get a leg up the property ladder – that was the message from Chancellor George Osborne as he delivered his first Budget in a Conservative majority government.

In his Budget ‘for working people’, the Chancellor announced sweeping changes to the tax perks you get for saving into a pension and buying a rental property, as well as boosting the amount of income you can earn before you pay higher taxes.

Here, Which? has all the details to help you find out if you’ll be better off under the changes.

The government will also introduce a new national living wage – starting next April – starting at £7.20 an hour for those aged over 25.

Find out more: We explain how your income tax bill and savings will change

Mr Osborne made good on his pledge to increase the inheritance tax threshold for married couples and civil partners to £1m. The changes will be gradually introduced from April 2017.

A new ‘main residence allowance’ of £175,000 per person will effectively top the nil rate band up to £500,000 per person, with the caveat that the top-up can only cover your main family home.

Find out more: Get detailed information about the inheritance tax boost

The government wants people to save for retirement, and gives you tax relief on or up to £40,000 worth of contributions per year. The relief is based on how much you earn and how much income tax you pay – anything between 20% and 45%.

Interestingly, the Chancellor is considering introducing a retirement Isa – which means you’d receive no tax relief when you save for retirement, but also pay no tax on the money you earn when you take it out.

Find out more: All you need to know about the changes to pension tax relief

In addition to confirming the personal savings allowance – which allows 20% taxpayers to earn £1,000 in savings interest without paying tax (£500 for 40% payers) – Mr Osborne announced a tax cut for investors in stocks and shares.

Dividends are a payment of the profits a company makes to shareholders. This is currently taxed at 10% for basic-rate taxpayers, 32.5% for higher-rate and 37.5% for additional-rate payers.

Find out more: We explain how your income tax bill and savings will change

The Help to Buy Isa was announced in the March 2015 Budget and is due to launch in the autumn. Mr Osborne confirmed the launch of this Isa, along with a new Right to Buy scheme.

However, the Chancellor announced a cut to tax relief given to people with buy-to-let property mortgages. It will be capped at the basic-rate of tax – 20%. The amount you can earn tax-free from the ‘rent-a-room’ scheme will also increase to £7,500 a year.

Find out more: Find out how mortgage tax relief is affected by the 2015 Summer Budget

Other changes announced in the Summer Budget 2015:

7 mistakes to avoid on your first tax return