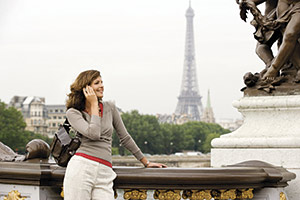 Mobile roaming charges are set to be scrapped within the European Union from June 2017, the European Commission has announced.

Calling friends or family while travelling in the EU will make no difference to bills from June 15, 2017 – you’ll pay the same price to make calls, send text messages and use data wherever you are in the EU.

Prime Minister David Cameron said the deal would deliver major benefits for consumers in the UK and across the EU.

He said: ‘This deal is fantastic news for British consumers and shows that the UK, working with its partners, can deliver real change in Europe, bringing significant benefits for working people.’

Know your rights if you’ve returned from holiday and found huge roaming charges on your phone bill.

Cut bill shocks off at source

Which? executive director Richard Lloyd said: ’This long-awaited move to scrap EU mobile roaming charges would be a huge win for millions of travellers, especially those who have faced expensive charges for data roaming when their mobile hasn’t even left their suitcase.

‘It would put an end to uncertainty about using mobiles abroad and cut bill shocks off at the source.

‘The Commission must ensure that the industry plays fair and doesn’t hike other charges.’

The EC said a series of technical conditions need to be fulfilled in order to abolish roaming charges, but it is ‘fully committed to implementing those conditions and making sure that the end of roaming charges is operational as of day one’.

Roaming charges are set to become cheaper from April next year, when operators will only be able to charge a small additional amount to domestic prices of up to 3p per minute of a call made, 1p per SMS sent, and 3p per MB of data used, excluding VAT.