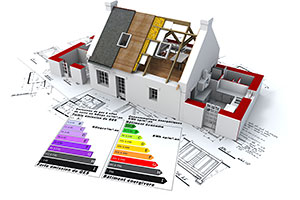 The UK government has effectively killed its flagship scheme to insulate homes because it says take-up has been too low. It has also admitted that it has nothing to replace the energy-efficiency Green Deal programme with.

While this means less support for householders willing to make their homes more energy efficient, the Green Deal was also an expensive and unsuccessful scheme.

Which? executive director Richard Lloyd said: ‘We welcome this move as the government can’t keep throwing money at a scheme that has spectacularly failed to take off.

‘Ministers should now work with consumers to put together a realistic new approach that is genuinely good value and helps people to save money by saving energy.’

Don’t miss our expert guide to cutting your energy bills.

The Green Deal was introduced in 2013 as a way of enabling people to finance energy efficiency home improvement through a loan paid back via savings made on energy bills. Only about 15,000 people have taken out a Green Deal since, far short of the uptake the government expected.

To boost uptake, the government then introduced the Green Deal Home Improvement (GDHI) scheme, which gave cashback to householders installing certain energy-saving measures such as double glazing, a new boiler or insulation. The GDHI was a lot more successful, with millions of pounds being allocated on the day it was launched.

What does it mean for consumers?

The Green Deal announcement is the latest in a series of moves made to scrap green energy policies, which has also included the ending of onshore wind farm subsidies, cuts to solar farm subsidies and the abandonment of regulation to make all new homes ‘zero carbon’ from 2016.