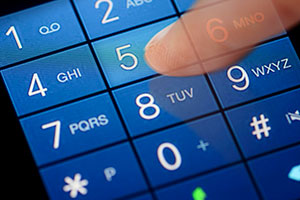 Fraudulent banking services, dodgy credit brokers and bogus investment opportunities were found to be the most common scams offered in a cold-call.

More than a third of cold call scams reported to the charity between April 2014 and March 2015 were for professional and financial services.

One person was persuaded by a cold-caller to invest £100,000 into fine wines, only to find they were worth less than half the amount he paid.

Stay one step ahead of the con-artists and read up on the latest scams.

The new figures come on the day that Citizens Advice launches its Scams Awareness Month which aims to highlighting how scams can flourish if they go unreported.

The campaign, supported by Trading Standards, is urging people to get advice if they think they’ve been conned, and to warn others. It’s hoped that scams will be stopped from spreading if people speak up and report them.

Current estimates from Citizens Advice suggest that as few as one in twenty scams are reported.

Chief Executive of Citizens Advice Gillian Guy said: ‘Scams can thrive on silence. Con artists often try to pressure people into buying straight away and not tell anyone about the deal.

‘We’re urging people to talk about scams and report them to the authorities. This will stop scammers from getting away with it and avoid others falling foul of their cons.’

Fraudsters are very cunning in their tactics so it’s not always easy to tell straight away if you’ve been scammed, or who to report it to.