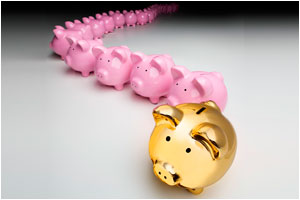 Which? is calling for regulators to increase protection for people who use new pension freedoms to fund their retirement through income drawdown products.

From today, pensioners who get their income from annuities will benefit from new Financial Services Compensation Scheme (FSCS) rules that mean 100% of the value of an annuity will be protected if an insurer fails.

However, the new pension freedoms mean more people are now using income drawdown products, which do not benefit from the new rules on protection.

Which? analysis of data from the Association of British Insurers shows that the average pot used to buy an income drawdown product last year was £66,000, and between January and March, it was as high as £79,000.

However, these products are only covered by the FSCS up to a maximum of £50,000, depending on the type of investments held. So last year an average of £16,000 of each pension pot wasn’t protected if the provider went bust. Between January and March it could have been as high as £29,000.

Find out more: What is income drawdown?

Government data suggests that 130,000 people will access their pension through income drawdown every year, meaning that many people will be accessing their pension flexibly, but without the same protection as other products.

Which? believes the FSCS rules need to be adapted to make them work under the new freedoms and give people greater security if their provider goes bust.

It’s up to the Financial Conduct Authority and the Prudential Regulation Authority to set the compensation limits and we are calling on these regulators to increase the FSCS coverage of drawdown products, as soon as possible.

This will ensure that people have the same level of protection as they would if their money was held in a bank account, and bring the vast majority of people taking income drawdown under the protection of the scheme.

Which? calls for greater protection

Which? executive director, Richard Lloyd, said: ‘Pensioners now have more freedom over how to access their savings, but the level of protection varies considerably depending on the product they choose. People save hard for retirement all their lives and need to know their money is safe if their provider goes bust.

‘The regulators must keep up with the reforms and increase the FSCS coverage for drawdown products as they have with annuities.’

Meanwhile the Bank of England is cutting the level of compensation payable under the FSCS if a bank or building society goes bust to £75,000 from £85,000. The new lower limit comes into force on 1 January 2016.

The change is being made because the UK has to match its compensation level to an European Union standard of €100,000, and the pound is now much stronger against the euro, partly as a result of the financial crisis in Greece. The limit is recalculated every five years.

Find out more: How the FSCS protects your money

Eat Out to Help Out scheme starts today: the restaurants taking part and the discount rules explained

Santander 123 current account interest and cashback cuts: should you switch?