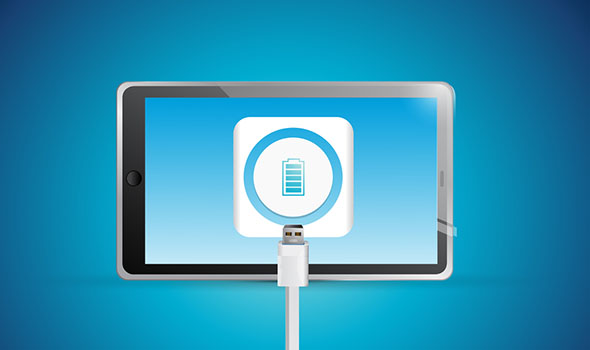 We all know that smartphones and tablets are at the mercy of their battery life – even the best ones struggle to manage more than a day.

However, there are some steps you can take to stretch the battery life of your mobile device. Read on to find out how screen brightness and video streaming can suck your phone’s power reserves dry, and how to cut down on battery drain.

Best Buy mobile phones – the smartphones that wowed our experts

Why it’s a problem – Simply running your device with its screen on takes a surge of power – and the brighter the screen, the greater the drain on your battery. The screen is often the single biggest consumer of battery resources, burning through more of the battery than any of the apps.

What you can do – Turning down the screen brightness will help your battery last longer. So will reducing the screen timeout – the period of time before the screen automatically switches itself off to save on battery life. Apple devices have an Auto-Brightness setting, but you can reduce screen brightness manually by going to Settings, Display and Brightness, and dragging the slider to the left.

By tweaking the settings under Display and Screen timeout, you can also minimise the time taken for your phone to hibernate between uses.

Why it’s a problem – If you are not connected to a wi-fi network or GPS, leaving your device set to scan for these networks drains power. Similarly, leaving Bluetooth on drains the battery.

On Android devices, you can slide Wi-Fi and Bluetooth to Off. To turn off GPS, try looking under Location in your phone or tablet’s Connections settings.

Lots of apps running in the background

Why it’s a problem – The more apps running on your device, the greater the battery drain.

What you can do – It’s worth checking for apps you don’t want or use, and deleting them. You can also check which apps use the most power, and uninstall the ones you can live without. Apple devices running iOS 8 or newer can show you the most power-hungry apps by tapping Settings, General, Usage and Battery Usage.

To delete an app, go to the Home Screen and press on the icon for the selected app for a few seconds. A small cross will appear in a grey circle by the app – tap the cross and then tap Confirm to delete the app. Apple also allows you to close apps individually when you no longer need to keep them running in the background. Double-tap the device’s home button then swipe the app up to close it.

On Android you can check the battery stats by tapping Settings then Battery. The screen is typically listed as a battery-hog, but popular apps such as Foursquare and Audible also prove guilty. Android devices list power use only since the last battery charge. To uninstall or disable Android apps, you can go into Settings and select Application Manager. A list of installed apps will appear – selecting an app lets you disable or uninstall it. 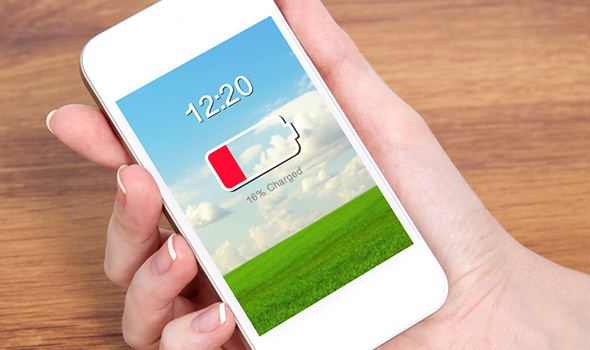 Why it’s a problem – Streaming live video on your phone using 3G or 4G mobile internet is one of the fastest ways to drain your battery.

What you can do – Whichever device you are using, try connecting to wi-fi, where possible, to stream live video. Wi-fi is shorter range than 3G and more power-efficient. It also means the video is less likely to buffer and cause irritating breaks in your video playback.

Hunting for phone signal in deadspots

Why it’s a problem – Your phone will be constantly scanning for a signal, draining the battery in the process. In a deadspot it will have to work harder because it can’t find a connection, and thus use more battery power in the process.

What you can do – Turn off your phone if you’re in a known deadspot for any length of time; this will help preserve the battery. A less drastic alternative is to switch on Airplane mode – called Flight Mode on some Android phones. This automatically switches off the so-called ‘radio’ functions – mobile network, wi-fi and Bluetooth. On an Apple device, go to Settings, Airplane Mode and set the slider to On to enable this mode.

On some Android phones you can put the phone in this state by simply pressing the power button, tapping Flight Mode in the menu that appears and then Enable. Otherwise, you could access Airplane/Flightmode via the Settings menu. For example, if you’re using a Samsung Galaxy phone, tap Connections, More Networks and then tick the Flight Mode box.