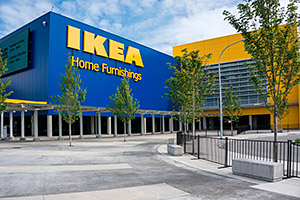 Ikea will sell only LED light bulbs by September 2015

Ikea has announced that it will sell only LED bulbs by September. They’re the most energy efficient type of light bulb, and claim to last for 25-30 years, but LEDs can be pricey. Are they worth the expense?

The first major retailer to stock only LED bulbs, Ikea says that the decision is based on helping customers live more sustainably, without sacrificing style.

We’ve tested light bulbs from Ikea, as well as brands such as Osram, Philips, Panasonic and Philips. With LED lights costing up to £25 per bulb, choosing ones you can rely on to illuminate your home for many years is important.

We’ve found Best Buy LEDs for just £5. Make sure you get the best with our LED lights review.

Save money on LED light bulbs

LED is the newest type of light bulb technology and prices are dropping as they become more popular. In our latest LED lights test, we found Best Buy LED bulbs that cost just £5 – as well as bulbs for twice the price that won’t last as long.

Until recently, LED bulbs were generally only available in lower wattages than other types but this is improving and some are now equivalent to 100W.

LEDs are at their full brightness as soon as you flick the light switch, so you don’t have to wait for them to warm up.

If you’re thinking of making the switch to LED bulbs, it’s worth buying one bulb first to see if you like the spread and colour of the light.

Ikea says that consumers using an average of 10 LED bulbs in their home could save up to £300 on their annual electricity bill, compared with using a standard 75W light bulb.

LEDs are the most energy efficient light bulbs. They use 90% less energy than traditional incandescents and can pay for themselves through energy savings in a couple of months.

Best Buy LEDs last for years and survive being switched on and off thousands of times without breaking. We put all the light bulbs we test through 3,000 switches to reveal the best long-lasting bulbs to buy – and the ones to avoid.

Compact Fluorescent Lamps (CFLs) are far more popular – and used by 87% of Which? members – despite being less efficient. CFLs use 60-80% less energy than incandescents.