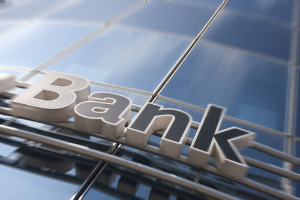 A unique Which? poll of bank staff at the five major banking groups found more than one in four who work in sales sometimes feel they’re expected to sell regardless of whether it’s appropriate.

Which? gained unique access to hundreds of bank staff for the research, which was designed to test whether banks’ public statements about scrapping sales targets have translated into real changes in staff behaviour and culture.

We found evidence of improvement in some areas – for example, 78% of staff told us there is currently a greater emphasis on customer service than on selling products. However, it’s clear the banks have more work to do.

Banks have tried to move on following numerous scandals, not least the mass mis-selling of payment protection insurance (PPI), which has so far cost the big banks £24bn in compensation.

Which? raised concerns that incentive schemes were driving mis-selling when we first surveyed bank staff in 2012. At that time, four in ten (40%) of sales staff told us they knew colleagues who’d mis-sold products to meet targets. In the latest survey, which follows a crackdown by the Financial Conduct Authority (FCA), the figures for HSBC and RBS Group (which includes NatWest) were still 40% or above – but the figure for Lloyds staff had fallen from 44% to 23% this time.

In our survey of 383 front-line bank staff from Barclays, HSBC, Lloyds Banking Group, Royal Bank of Scotland and Santander fewer staff said they feel under pressure to sell because of the culture in their bank (27% compared to 43% in 2012).

However, this is a long journey and removing individual sales targets, on its own, is not enough. Banks still have a way to go before they can say they truly put customers first.

Separate Which? analysis of data from the Financial Ombudsman Service (FOS) shows banks are still not delivering on the basics such as complaints handling. Excluding PPI complaints, Santander was the only big bank to see complaints to the ombudsman fall in the second half of last year, compared to the same period in 2013. NatWest and RBS had the biggest increases, with complaints going up by 41% and 31% respectively.

After our first bank staff survey, the Financial Conduct Authority (FCA) cracked down on poor practice and the big banks all said they had scrapped sales targets.

Which? believes the FCA must continue its work and ensure that banks are monitoring sales practices closely and gathering feedback from staff. The Banking Standards Board also needs to keep up the pressure on the industry to drive cultural reform and put customers first.