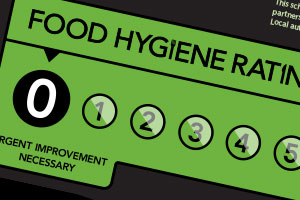 Inspectors have given the lowest possible hygiene ratings to 13 supermarkets around the country – but English shops don’t have to display them.

One of the zero-rated stores – Tesco Express in affluent Highgate, London – was closed for a day in April after it was found to have a rodent infestation.

Discover which supermarkets were rated best and worst by thousands of consumers, in the Which? supermarket survey.

Inspectors from the shop’s local authority can award them a rating from 0 to 5, with a zero meaning the business needs to make urgent or major improvements.

A 5 rating means that the business has been found to have ‘very good’ hygiene standards.

If there is an imminent threat to health, the inspector can take action to close part or all of a business down.

How to check your local shop’s hygiene ratings

Consumers can check their local supermarket’s rating on the Food Standards Agency website, but if the shop is in England, it does not have to display its rating.

This is unlike businesses in Wales, which have to display their ratings by law. Northern Ireland is also planning to make displaying ratings mandatory, and Scotland has consulted on extending powers to enable this.

Supermarkets with a zero hygiene rating

The supermarkets in England, Northern Ireland and Wales named as getting zero ratings (Scotland has a separate scheme) are: