When a new update becomes available for a piece of software it’s a huge temptation to install it. Updates usually mean more features, a slicker user interface, and a smoother experience. This temptation is magnified massively when it comes to something as important as an operating system. Make that update free, and you’re probably hammering the ‘download’ button as hard and fast as you can.

Windows 10 looks to be a great OS, too, so we can understand the excitement. But just because it’s the newest version doesn’t necessarily mean it’s the best choice for you as a user. Windows 8.1 and even Windows 7 are both still extremely viable – here we take a look over all three choices so you can work out which is best suited to you. 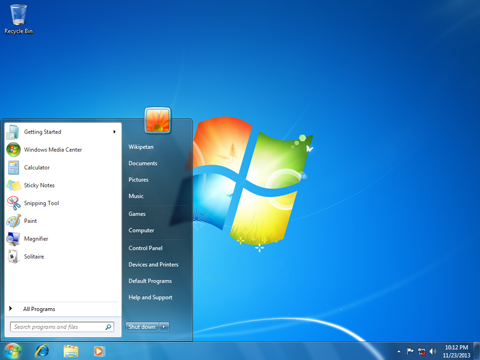 Windows 7 may be approaching its sixth birthday, but it’s showing little sign of slowing down just yet. While you may struggle to find many new laptops or PCs available to buy with it installed, there are still plenty of reasons why you should seek out one that does – or, if you already have it, feel confident about keeping it.

Windows XP was first released 13 years ago and still has a loyal following (although we thoroughly recommend those people to upgrade). For those terrified of taking the plunge to a newer OS, Windows 7 is the perfect choice. It has far more in common with Windows XP than 8.1 or 10, at least visually, which should help reduce culture shock for late adopters.

It comes from a time before the rise of the tablet, and when a touchscreen on an all-in-one PC would have been nigh-on unheard of. It’s very stable and a great choice for those who just want to get things done efficiently and quickly. It uses the familiar layout and navigation of the classic versions of Windows, and runs most older programs with aplomb.

It’s also a great choice for those who enjoy gaming, as it has the most complete compatibility with games past and present out of all the currently supported versions of Windows. 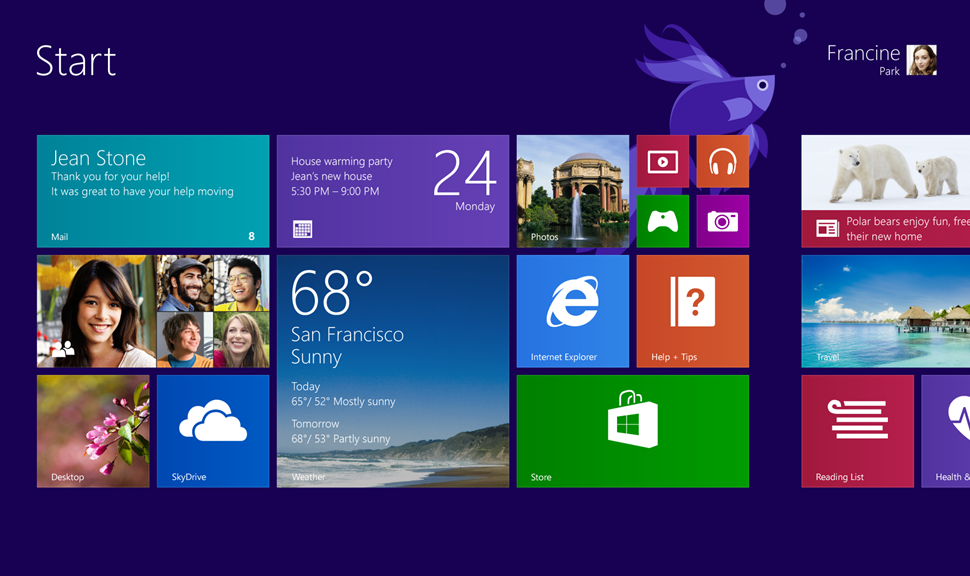 Windows 8.1 is still probably the best Windows operating system for anyone who mainly uses a touchscreen. In original ‘8’ guise, its design was criticised as it sacrificed quite a lot of traditional desktop functionality. The tweaked ‘8.1’ release brought an improved user experience for those with a mouse and keyboard – but a great one for those using their digits alone.

It’s also an excellent choice for those who spend all their time in front of their computer watching movies, listening to music or browsing social media. It has a variety of excellent apps and programs to make things quicker and more immersive, and is great for multi-tasking.

Due to its colourful visuals and the introduction of Live Tiles displaying images and snippets of content, it’s also less intimidating for those who aren’t too tech-savvy. Traditional concepts like the Start Menu, Program Files, File Explorer and Control Panel are present, but tucked away until you need them, simplifying matters for novices and touchscreen users (although this has been a source of some frustration for geeks and tinkerers).

The best choice for: multiple device owners, those who aren’t afraid to try new things, the future

For example, the Start Menu is back, but it also features integration for Live Tiles and app shortcuts. It looks modern and is easy to use, but it also provides that key extra functionality that old-school Windows users crave. It’s got Microsoft’s voice-activated virtual assistant app Cortana, just like you’d find on a Windows smartphone, so there’s a new way to interact with and search your computer. You can also create multiple desktops and multi-task easier – in fact it’s incredibly similar to what you’d find on Apple’s OSX – and that’s a good thing.

It’s also got some excellent syncing features for Windows phones and the Xbox One, too, meaning you’ll be able to keep all of your personal devices connected better than ever. A strong ecosystem of apps and seamless connectivity is one clear advantage that Apple has had over Microsoft in recent years, so this is a huge step in the right direction.

Perhaps most importantly, though, is that Microsoft has said that Windows 10 will be the last version of Windows ever. In the future, Windows will simply build upon 10 with iterative improvements and new features – so the sooner you get accustomed to it the better, because it’s here to stay. Plus, it’s always fun to try something new, right?