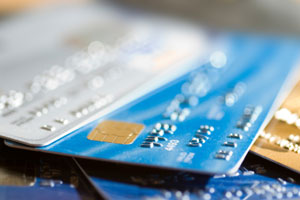 Only one in 20 consumers understand the true cost of 0% balance transfer credit card deals, according to new Which? research.

As part of our Stop Sneaky Fees and Charges campaign, we asked people who have a credit card to work out how much a balance transfer would cost – only 4% got it right.

Seven in ten (68%) wrongly thought the transfer was completely free, even though we showed them the fee.

We also asked people to compare five credit card deals and to pick the cheapest for someone who wanted to make a balance transfer but who would not use the card for spending.

Only a third (34%) chose the correct card, while another third (35%) wrongly picked the one with the lowest APR, which had a higher balance transfer fee and would have cost over three times as much (£123.02 compared with £33).

One in five (21%) people who took out a new credit card in the last two years did so to make a balance transfer, so it’s worrying that so many find it difficult to work out the cost of these deals, as it could mean they end up paying far more than expected.

Find out more: How to choose the best 0% balance transfer credit card – see our advice guide

Which? calls for credit card companies to stop sneaky fees and charges

We’ve submitted our evidence to the Financial Conduct Authority (FCA) and want the regulator to look at balance transfer fees as part of its investigation into the credit card market to stop people being misled, and help them pick the best card for their needs.

We want the FCA to take action to ensure consumers understand these fees, including looking at whether the fee should be shown as a monetary sum rather than a percentage, or even consider banning firms from advertising deals as ‘0%’ when there is a fee.

Which? executive director Richard Lloyd said: ‘Too many credit card deals appear to include sneaky fees designed to catch customers out. With millions now using credit cards to pay for essentials, it’s vital that the Financial Conduct Authority takes action to ensure consumers are well protected.

‘We want the regulator to scrutinise balance transfer deals and make it easier for people to understand their true cost.’

Which? estimates that consumers pay around £334m in balance transfer fees each year.

Our Stop Sneaky Fees and Charges campaign is calling on financial companies to put an end to fees across the financial sector that are hidden, excessive or make the total cost difficult to understand and compare.

Find out more: Stop Sneaky Fees and Charges – support our campaign by signing our petition