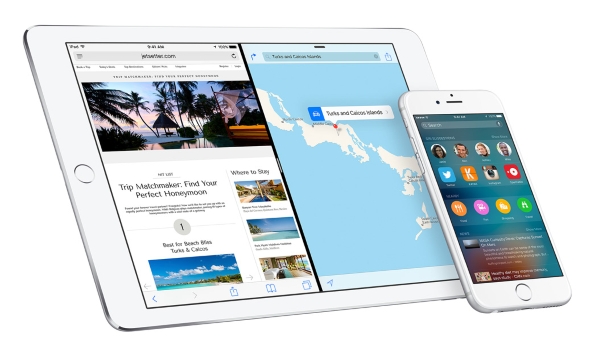 We take a look at iOS 9, the latest edition of Apple’s iPhone and iPad operating system.

iOS 9, the latest version of Apple’s mobile operating system for iPhone and iPad, is now available for all.

It features a new low power mode for improved battery life and an updated version of Siri that claims to help detect nuisance calls. It will also bring Apple Pay to the UK, meaning you can buy products using your phone or tablet in the same way you’d use a contactless bank card.

So will iOS 9 change the way you use your iPhone, or does it just introduce extra tweaks you’ll never bother with? Read on for our summary of its key features.

1) Three hours extra battery life – Usually if your iPhone is low on battery you’ll have to fiddle with its settings to make sure you’re not caught short of power. Now you can just activate a Low Power Mode from the Battery menu under Settings to get a few hours more from your battery. We’ll be testing whether this feature can deliver its promised three hours of juice, but it seems like a plausible figure given Google’s Doze claims to (potentially) double tablet battery life.

2) Finally, iPad multitasking – Although the iPad is frequently touted as a laptop equivalent it often proves too inflexible to live up to that billing. Apple is seeking to change that with two new tweaks in iOS 9.

At long last, side-by-side multitasking is available through the operating system. Simply swipe left from the right of the screen to pull up a list of apps that can be accessed as you browse the web, check your emails or watch a video.  iPad Air 2, Mini 4 and iPad Pro owners can also use a full-fat multitasking mode called ‘Split View’ to work on two active apps at the same time.

3) Apple Pay in the UK – As of July, iPhone and Apple Watch owners have been able to wirelessly pay for products using their device. The technology works similarly to a contactless debit or credit card, simply hold your card close to a compatible machine to buy a product.

Apple Pay will initially be supported by eight of the UK’s leading banks, including Natwest, TSB and Nationwide, and will be available to use in more than 250,000 locations. You’ll even be able pay for products with your iPhone in shops like Marks and Spencer, Boots and Waitrose. If you really can’t be bothered to dig around for your wallet or purse at the checkout, then Apple Pay is a convenient way to purchase your weekly supermarket shop and more.

4) A smarter Siri – Apple has broadened the scope of its virtual assistant so that you don’t need to talk to it anymore. Siri can now offer suggestions of what to listen to depending on where you are or create events based on invitations from your email inbox. Most usefully of all, it will also help detect nuisance calls.

If you get contacted by an unknown number, Siri will search your inbox for contact details to guess who may be phoning you. If Siri doesn’t recognise the number, there may be no reason to pick up the call and so it won’t bother you about it.

5) Read all about it – Apple’s new News app is a content aggregation service like Flipboard or Pocket. It doesn’t really do much that’s different to those downloads, but stories are especially well laid out with an emphasis on pictures and video. Using News means you don’t have to search in a web browser to access websites such as The New York Times and ESPN.

Which? expert view – ‘Tweaked functionality rather than grandstanding gimmicks’

Much like iOS 8 last year, Apple seems to have gone for the spit and polish approach to its latest operating system. Siri has upped her game, Maps are easier to navigate than ever and the search suggestions more intuitive.

Some changes you’ll barely even notice at first, but you’re likely to come to appreciate. For example, Apple has made it easier to navigate between apps. If you open a web link from your email or social media apps, you can easily get back to the original app by using the ‘Back to’ navigation in the top left hand corner of the screen – this eliminates the previously annoying necessity of going back to the home screen to reload the app.

The most eye-catching addition is Apple’s decision to at last follow Samsung’s lead and add split-screen multitasking to tablets – however it’s disappointing that the full facility hasn’t been rolled out to devices older than the iPad Air 2.

Similarly – and although the new Low Power Mode is welcome – it would have been nice to see it added to iPads as well as iPhones, particularly with the inevitably battery sapping iPad Pro just around the corner.
Adam Marshall – senior technology writer