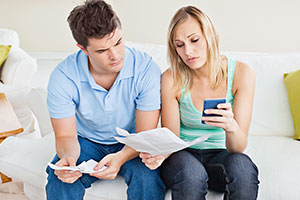 Independent energy suppliers are growing fast and account for around 13% of the household gas and electricity market, according to data from Cornwall Energy.

This represents around a 50% increase in smaller firms’ overall market share.

Which? has surveyed nearly 10,000 people to see how satisfied they are with their energy company. You can see how your energy supplier stacks up against the competition in our guide to energy companies reviewed.

Our survey of 9,400 members of the public in September and October 2014 revealed that smaller energy firms score higher on customer satisfaction than the large companies. All of the Big Six energy giants, together with Spark Energy, end up at the bottom of the results table, with Npower coming last.

Smaller supplier Ecotricity came out top, with 100% of its electricity coming from renewable sources.

Many smaller suppliers offer something different to traditional providers. For example, Ecotricity and Good Energy are green energy providers, and Ebico is a not-for-profit company.

Which? executive director, Richard Lloyd said: ‘The Big Six have repeatedly failed to deliver a decent standard of service so it’s no wonder customers are starting to leave them in droves.

‘Despite this the CMA has found there is a lack of competition which is leading to people paying much more than they should.

If you think you could benefit from switching to a better energy tariff, head to Which? Switch to compare energy prices.

Which? Switch is an independent comparison service that searches the market to help you find the cheapest deal, based on your energy use.

It includes supplier ratings to help you decide on service as well as price.