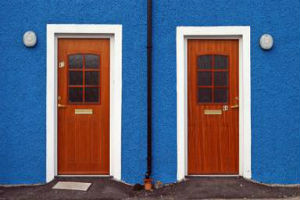 Time and effort pays off when viewing a house

When we surveyed 1,990 members of the public in June 2015 about their experiences of buying and selling property in the UK, almost everyone told us they viewed their home at least once before putting in an offer.

Across the UK only 5% of buyers bought without viewing, although this figure jumped to 9% of Scottish buyers. Many preferred a second look before making their decision: 43% told us they visited the last home they bought twice and 21% viewed their future home a third time.

Viewing a house: take your time and you may pay less

Younger and first-time buyers generally spent less time than older buyers viewing and undertaking checks for things like damp and cracks in the wall. 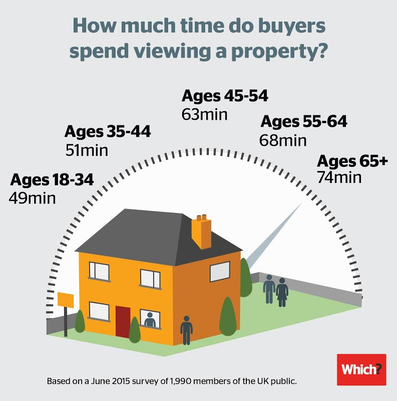 Across all age groups, over a third (38%) said they spent more than an hour looking around the last home they bought. Over-65s preferred to take their time, spending an average of 74 minutes viewing the property, compared to just over 49 minutes for people aged between 18 and 34.

Over half (52%) of buyers who spent under 10 minutes viewing their future home paid the full asking price or more. This often happens in particularly competitive areas, where people are sometimes only able to view properties on busy open days and competition is such that they have to offer on or above the asking price to have a hope of securing the house or flat.

Spending a significant amount of time viewing property often led to savings – seven in ten (71%) buyers who spent more than an hour-and-a-half in their future home paid below the asking price for it.

What to look for when viewing a house

As well as getting a general feel for the property and its location, it’s a good idea to use house viewings as an opportunity to check for basic things like whether the lights work, obvious damp etc. You should always have a property survey done too, but if there are problems this may affect whether you want to make an offer in the first place – or give you a solid reason for offering below the asking price.

One in 10 of our survey respondents failed to undertake any checks at all, putting themselves at risk of missing problems or paying over the odds.

There were a number of important checks that most people completed before putting in an offer. The most popular checks were for damp or mould (70%), the condition of the windows (69%), large cracks in the wall (68%), faulty brickwork (67%) and damage to the roof and guttering (65%). Buyers in Wales were particularly thorough – more people in Wales checked for these things than any other country.

Buyers were also keen to find out how old the boiler was and when it was last serviced (57%), almost half (49%) went to visit the property at different times of the day, and 42% asked whether the electrics and fuse box had been checked recently.

If you’re looking to buy a new home, download this Which? house-viewing checklist for an exhaustive list of all the checks you should undertake both inside and outside the house before putting in an offer.

You can also watch this expert video from buying agent Tracy Kellett full of useful tips on how to find the right property for you.