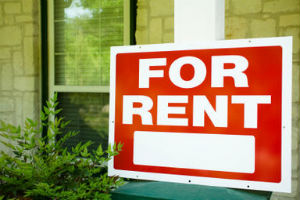 Lenders granted almost 40% more buy-to-let mortgage deals to borrowers in August than over the same period in 2014.

This is an indication of the buy-to-let market recovering following the financial downturn, when buy-to-let lending shrank faster than lending to borrowers buying a home.

Around £1.4bn of the buy-to-let loans granted were for landlords buying new properties, while almost £2bn were for remortgages.

The 37.9% year-on-year increase in buy-to-let mortgages was far greater than the 8% rise in mortgages granted to home movers, which totalled £7.1bn. However, buy-to-let lending represents just 17% of all mortgage lending.

Some have suggested that this big jump in buy-to-let mortgage lending is partly the result of the pension freedoms that were introduced in April, which give people aged 55 and over more flexibility in what they do with their pension pot and may have encouraged some to make a buy-to-let investment.

Rental demand is high and the housing market is still strong, so buy-to-let could be a worthwhile investment for some.

David Blake of Which? Mortgage Advisers said: ‘Buy-to-let mortgage rates are at the lowest we have seen for many years and this year has seen an influx of new buy-to-let lenders, which is a strong indicator of the anticipated continual growth to this market.

‘I would urge existing or potential buy-to-let investors to seek independent, whole-of-market mortgage advice in order to understand their options. I’d also advise those who haven’t already done so to seek independent legal and tax advice to make sure they are fully aware of the risks, as well as the benefits, of becoming a landlord.’

Find out more: read our advice on investing in buy-to-let property

In his summer budget, chancellor George Osborne announced that the tax breaks landlords previously enjoyed would be restricted. Tax relief for wealthier landlords is currently 40% and 45% but by April 2020 this will be reduced to 20%.

In April 2016, the ‘wear and tear’ allowance that now reduces the tax landlords pay will be replaced by a new system where they will only be able to pay less if they actually replace furnishings.

These changes make it more important than ever to get the best buy-to-let mortgage deal you can, so that as much of the rent you receive as possible can go towards profits.

Find out more: check out our guide to buy-to-let mortgage deals

Will a coronavirus payment holiday impact your credit score?