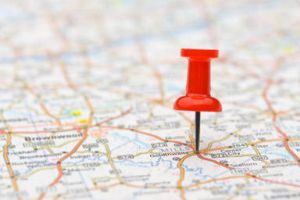 Which? research has revealed huge variations in the standard weekly fee that local authorities will pay for residential care.

We submitted freedom of information (FOI) requests to 180 local authorities across England, Wales and Northern Ireland and found that the amount you get could be halved, depending on where you live.

Generally, authorities in London and the south of England gave the highest rates, while the lowest were in the north of England. However, areas that are close to each other can vary widely in care funding, too. In Greater London, we found a difference of £138 for the standard weekly rate for residential care between neighbouring boroughs Bromley (£555) and Croydon (£417).

Living in a care home can cost up to £1,000 per week and half of residents have part or all of their fees paid by the local authority. Many people top up this contribution themselves, and could face potentially high bills in areas where the local authority pays a lower proportion of the full costs.

We found big differences between the standard rate some councils pay and what the cost would be if you were paying for care yourself, also known as self-funding. In Exeter, for example, the council pays £442 to £471 a week, while the fees we found for self-funders (based on a range of typical self-funder rates taken from those given in the online directory carehome.co.uk) were £300 to £1,200. The variation in costs is partly down to local costs such as wages and property, and partly about individual councils negotiating costs with care homes when they bulk-purchase.

Elderly care help from Which?

Which? Elderly Care is a free website offering practical information and advice about arranging care in the UK, and includes financing options. The site allows you to filter information and care services so you see only what’s relevant to your situation and your postcode.

Which? executive director Richard Lloyd said: ‘Understanding the options available for long-term care can be a minefield, particularly with such huge variations in the funding available. People looking to make difficult decisions about care should use free, independent sources of advice, like Which?, to help them find the information that’s relevant to their situation.’