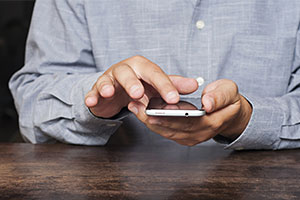 Mobile roaming charges will be axed within the EU by the summer of 2017, after the European Parliament approved new rules in a vote today.

Mobile users will pay the same price as they do at home to make calls, send text messages and use data wherever they are in the EU from 15 June 2017.

But holidaymakers won’t have to wait until 2017 for cheaper prices, as cut prices will be in place as soon as next spring.

The new rules will put an end to ‘bill shock’ – where those travelling abroad are hit with inflated mobile-phone bills due to extortionate roaming charges.

If you get caught out before these changes come into force you can use our guide to challenge an excessive bill after using your mobile abroad.

Roaming charges will initially become cheaper from April next year, when operators will only be able to charge a small additional amount to domestic prices of up to:

Then from 15 June 2017, users within the EU will be charged the same as they would in their home country for using their mobile phone on holiday.

Conservative MEP Vicky Ford said that the ‘sensible timescale gives mobile operators the time to sort out the marketplace in preparation for the abolition of roaming fees.’

Some 665 MEPs voted in favour of the deal.

One aim of the ban is to stop consumers from getting caught out by huge bills when downloading films or other data during their European holidays.

We’ve seen a number of cases where mobile users have had bills for hundreds of pounds after being caught out by huge roaming charges abroad.

Which? executive director Richard Lloyd said: ‘The long-awaited move to scrap EU mobile roaming charges is a huge win for millions of travellers, especially those who have faced expensive charges for data roaming.

‘This should put an end to uncertainty about using your mobile abroad and cut off bill shock.’

He went on to say: ‘We now want the Commission to ensure that the industry doesn’t increase other charges, and that reform of the wholesale market is completed on time.’