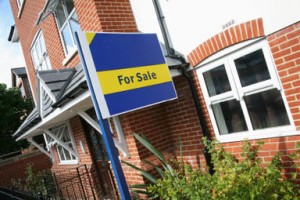 David Cameron has announced that house builders in England will be able to build starter homes for first-time buyers instead of the affordable rental homes currently required.

Under existing planning regulations, builders of new properties must include a certain number of low-cost homes for rent in new-build developments.

In his closing speech to the Conservative Party conference in Manchester, the prime minister announced reforms that will widen the definition of affordable housing so developers will be able to fulfil their commitment by building starter homes for first-time buyers aged under 40.

Homes built under the government’s starter homes scheme – announced earlier this year – must be sold at a 20% discount, with prices capped at £250,000, or £450,000 in London. Buyers won’t be able to resell or let the homes for five years in order to prevent property speculation.

Find out more: watch our video on how to get a mortgage

Today’s announcement is central to the government’s plan to encourage developers to build 200,000 new homes by 2020. The initiative – in conjunction with the Help to Buy scheme launched in 2013 – aims to make it easier for more people to buy their first home.

Lending to first-time home buyers has been in decline over much of this year, but there still remains a much wider choice of high loan-to-value (LTV) mortgages than before Help to Buy launched. At the start of October 2013 the total number of 95% mortgages on the market was 44, while on 6 October 2015 there were 239.

Under Help to Buy – where the government guarantees up to 15% of the property’s value in the event of the borrower defaulting on their mortgage – signed-up lenders have been able to offer a wider range of mortgages for first-time buyers struggling to save a large deposit. But lenders not signed up to the scheme have also been rolling out innovative and competitive deals.

So if you’re making your first step onto the property ladder, it’s vital to shop around to find the deal that’s most appropriate, suiting your budget and offering the security and flexibility you need.

On average, it takes nearly six months from embarking on your house-hunt to becoming the new owner of a property. It’s a complicated and often stressful process, and one that you won’t want to repeat too frequently – so it’s important to get the fundamentals right before diving into what is likely to be your biggest financial commitment.

Examine your finances carefully beforehand to work out how much you would be able to commit to your budget, including mortgage repayments, the deposit you can afford, and property upkeep. To check what your monthly mortgage repayments could be – and how interest rate changes could affect them – try our mortgage calculator.

And for advice on how the whole house-buying process works, from saving for a deposit and house-hunting to making an offer and moving in, see our step-by-step guide to moving house.