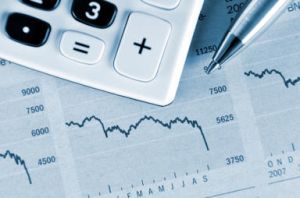 Fraudsters have taken more than £9m from savers in the five months since April – twice the sum taken in the same period last year – new figures from the City of London police show.

It found that £9.1m worth of scams had been reported between the months of April and August 2015 alone.

Since April this year, thousands of people have had more freedom over what to do with their pension after reforms gave over 55s licence to cash in their company and personal pensions.

Just six weeks after the pension reforms came into effect, Which? warned that a third of over-55s who hadn’t yet retired had already been contacted out of the blue by someone looking to sell them a potentially dodgy pension product.

Don’t get rushed into making a poor decision with your lifetimes savings, use our guide to identify and avoid pension scams.

The figures released by City of London police also show that the sums involved in scams are increasing, with the monthly average loss post-pension freedoms reaching £1.8m.

By contrast, the average monthly loss for the 12 months to April 2015 was £1.3m, while the monthly average for the two previous years was £1.1m.

How pension fraud has surged since April 2015 (figures from City of London Police):

How to avoid pension scams

The fraudsters are getting more and more sophisticated in order to part you from your hard-earned cash.

Make sure you don’t fall foul of the scammers by using our top tips to spot a pension scam. Alarm bells should ring if you encounter any of the following:

Alarmingly, Which? research found that only half of those approaching retirement said they’d be able to identify a legitimate pension investment, and nearly four in ten thought they could be tricked into a scam.

Our research revealed the most common sales pitches were offers of investment opportunities, a free pension review, offers to unlock your pension or access to your pension pot early.

Some scammers even pretend to represent Pension Wise, even though it is now an offence to do so.