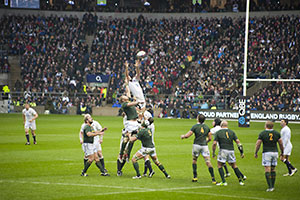 A scam website selling Rugby World Cup 2015 tickets has been shut down after Which? exposed it as falling foul of consumer law and breaching ticketing rules.

Which? blew the whistle on GetSporting.com after we found it operating unlawfully and urged rugby fans looking for last-minute tickets to avoid it.

The site has now been shut down for good by the National Fraud Intelligence Bureau after we brought the website to the attention of the authorities.

Which? executive director Richard Lloyd said: ‘It’s a win for Which? and rugby fans alike that the authorities have acted on our tip-off and shut this scam site down.

‘The Rugby World Cup 2015 is an ideal time for dodgy dealers to try to make a fast buck, so this enforcement action sends the right message to scammers.’

We’ve created advice on what to do if you’re caught out by a scam and how to get your money back.

A search on Twitter for GetSporting.com reveals a long list of potential victims of the fake ticketing website with fans reporting that they’ve been caught out in Argentina, France, New Zealand and South Africa.

One unfortunate Irish fan reported losses of as much as £5,000 on 20 tickets to the Ireland vs France game, which they’d purchased through the GetSporting website.

The Rugby World Cup 2015 has set up its own tool for people to check whether the site they’re buying from is an official ticket seller – rugbyworldcup.com/buyofficial.

When Which? blew the whistle on GetSporting.com our inquiries into the company’s track record and several online review sites revealed consumers were unlikely to receive tickets or could receive fake ones.

The site wasn’t registered as an official Rugby World Cup 2015 ticket site and was operating against the ticketing policy for the tournament, allowing people to buy up to 10 tickets at once instead of the official allowance of four per person.

GetSporting.com was doing neither of these things. Its payment methods also gave us cause for concern as it was offering a discount for people who paid for their tickets through wire transfer.

But this method of payment means it’s almost impossible to get your money back if something goes wrong.