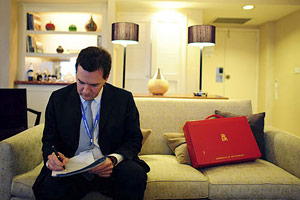 The government has announced new measures to tackle fraudulent whiplash claims and cut around £50 from your car insurance premium.

The reforms, announced in today’s Autumn Statement, would end the right to cash compensation for minor whiplash injuries. Full details will be released in a consultation in 2016.

According to the Association of British Insurers, whiplash claims cost the UK £2bn a year and add to the cost of your annual car insurance premium. The industry believes many claims are bogus.

Find out more: Autumn Statement 2015 – Which? rounds up the key announcements

The Chancellor, George Osborne, said: ‘We’re going to bring forward reforms to the compensation culture around minor motor accident injuries. This will remove over £1bn from the cost of providing motor insurance. We expect the industry to pass on this saving, so motorists see an average saving of £40-50 per year off their insurance bills.’

According to the AA, the cost of car insurance has increased by 9.2% in the past year and now stands at £569.

Tackling bogus whiplash claims has been a target for the government for some time. In 2012, Prime Minister David Cameron invited insurance leaders to Downing Street to discuss the issue.

In March 2013, the Transport Select Committee launched an inquiry into the impact of whiplash claims on the cost of car insurance, which included proposals to create independent specialist medical panels for whiplash court cases.

The announcement comes after a hike in the rate of insurance premium tax, announced in the Summer Budget, came in to force at the start of November.