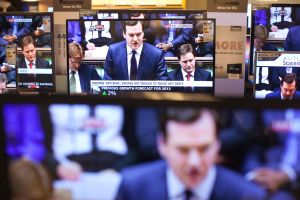 George Osborne today scrapped cuts to tax credits worth £4.4bn and confirmed plans for a ‘digital revolution’ in the way individuals and small businesses file their tax returns.

Reversing planned changes, which would have affected 3m families, Mr Osborne said, ‘I’ve had representations that these changes to tax credits should be phased in. I’ve listened to the concerns. I hear and understand them. And because I’ve been able to announce today an improvement in the public finances, the simplest thing to do is not to phase these changes in, but to avoid them altogether. Tax credits are being phased out anyway as we introduce universal credit.’

The government had been due to reduce the income threshold (above which you start to lose working tax credit) in 2016 – from £6,420 to £3,850 – and to make the rate of reduction steeper – 48% rather than 41% (so you would have lost 48p in the pound for each extra pound you earn above the threshold).  Mr Osborne said that these changes were no longer necessary due ‘improvements in the nation’s finances’ experienced since the Budget in July and that there would be no change in tax credit rules. He noted that tax credits are due to be phased out and replaced by the new system of Universal Credit. For more about this, see our guide to tax credits.

Find out more: Autumn Statement 2015 – Which? rounds up the key announcements

The Chancellor confirmed that tax collection would undergo a ‘digital revolution’ over the next five years. Under this, those who currently file ‘self-assessment’ tax forms would switch to using digital tax accounts. Treasury documents explain that, ‘Most businesses, self-employed people and landlords will be required to keep track of their tax affairs digitally and update HMRC at least quarterly via their digital tax account, reducing errors through record keeping’.

Mr Osborne said: ‘We’re going to build one of the most digitally advanced tax administrations in the world. So that every individual and every small business will have their own digital tax account by the end of the decade, in order to manage their tax online’.

As well as income tax, the new system will impact on capital gains tax, with Mr Osborne adding that, ‘From 2019, once those accounts are up and running, we’ll require capital gains tax to be paid within 30 days of completion of any disposal of residential property.’

Capital gains tax is due on the sale of second homes – including those which have been inherited. It is either 18% or 28% of the value of the taxable gain, depending on your income. Under current rules, it is payable by 31 January after the end of the tax year in which the sale occurred. Depending on the date of the sale, this can give you between 9 months and  18 months to pay. See our guide to capital gains tax for more.

To boost spending on social care – such as council-funded residential care home places – Mr Osborne announced that he would permit local authorities to raise council tax by 2% through a dedicated ‘council tax precept’.

Mr Osborne said that VAT paid on sanitary products could not be abolished due to EU rules but that the £15m raised each year would now be made available for women’s health charities.