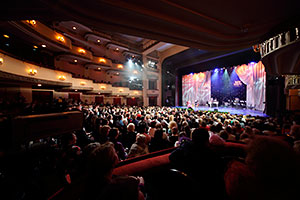 Which? is encouraging consumer vigilance when shopping for tickets online this Christmas following increased losses to ticketing scams this year.

The National Trading Standards (NTS) eCrime Team has identified online ticketing scams as a continuing problem for the rest of the year and well into 2016.

The Trading Standards team said ticketing fraud had been a growing problem in 2015 – particularly in the run up to Rugby World Cup.

In particular consumers should be on the lookout over the festive season, whether buying tickets as a gift or attending a Christmas show or pantomime.

Unauthorised sellers selling counterfeit or duplicate tickets for concerts, festivals or sports events is not new.

But with the explosion of the secondary ticket market it’s never been easier for fraudsters to pose as official sellers or genuine fans with a couple of spare tickets to sell.

We’ve produced a number of guides you can use to solve all your ticket buying troubles.

A staggering £3.35 million was lost to ticket fraud in 2014, with victims losing on average £250 each, according to figures from City of London Police’s National Fraud Intelligence Bureau (NFIB).

And the problem seems to be growing. Unsurprisingly, nearly three quarters of fraud victims stated that the first contact they had with a suspect was online.

So it’s increasingly important to make sure the website and the person you’re buying from are legitimate.

Mike Andrews from the NTS eCrime Team said: ‘This problem is growing and with multiple tickets for multiple events available, keeping on top of the crooks is a challenge.

‘Key events next year include the Rio 2016 Olympics and the UEFA Euro 2016 finals in France and we’re concerned that criminals at home and abroad may try to capitalise on the build-up by selling fake tickets.’

Earlier this year a Which? investigation exposed GetSporting.com as a suspected scam website and this resulted in it getting shut down.

The investigation saw the company’s phone line and website being suspended by the NFIB. But there are many websites  like it – newly registered and likely to disappear once a tournament or event finishes.

Such sites seek to capitalise on the huge levels of interest in an event, following a pattern used by many fraudulent and fake ticket selling websites.

How to avoid dodgy ticketing sites

There are a number of things you can do online to guard yourself against the fraudsters, paying particular attention to user reviews and social media. Make sure you do at least some of the following:

If you believe you have been defrauded, you should report it to Action Fraud – the UK’s national reporting centre for fraud and cyber-crime.

If you’ve paid by credit card, you can also contact your bank to try and get your money back.