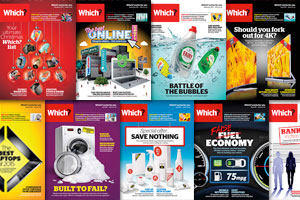 Our 10 most surprising findings from Which? expert testing and investigations in 2015

It’s been a busy year of testing and investigating at Which? HQ, and we’re taking a look back at our most startling discoveries. From A-list fans to the eavesdropping smart TVs, find out what’s surprised our experts in 2015.

We carry out hundreds of product tests, hard-hitting investigations and consumer surveys every year so we can tell you which products and services you can trust, and which to avoid.

But even with more than 50 years experience of working for consumers, we do still occasionally manage to make shocking discoveries that leave our experts a little taken aback.

Here are some of the most startling facts we’ve uncovered over the past year.

1. Shops are using sneaky tactics to target advertising at you

You might be surprised to learn that some digital video screens showing adverts can scan your face and determine whether you’re male or female and which age bracket you fall in to, just by examining facial characteristics.

Advertisers look at the demographic data for particular times and places, and use it to tailer the adverts they show.

2. Your smart TV is listening to you, and hackers might be, too

We were shocked to discover that some smart TVs from Samsung and Panasonic were transmitting voice searches unencrypted over the internet.

Worryingly, we were able to access the actual audio from the raw data we collected from Samsung models. This meant that if you hadn’t secured your wi-fi and someone was eavesdropping on your network, they could hear what you said to your TV.

Samsung told us it had deployed a software update which should have fixed the issue by the end of March 2015. Panasonic also told us it would take action to fix the issue. We’re about to start re-testing the TVs in question – so we’ll be able to report back in the next couple of months whether the updates have worked. In the meantime, if you’re looking for a new TV, check out our Best Buy TVs. 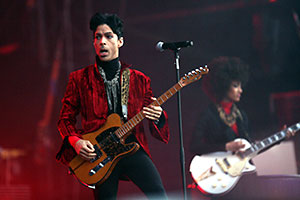 A surprising fan? Prince tweeted our ticket resales story to thousands of followers

At Which? HQ, we’ve been fans of Prince since he encouraged us to wear raspberry berets and party like it’s 1999, but little did we know he’s also a fan of us. In a tweet to his army of followers, Prince linked to our ticket resales news story.

Our story shockingly found that some tickets were appearing on resale sites before being officially released.

Mr Clarkson announced in his Sunday Times column ‘I hate Which? magazine. I hate every single thing it does and everything it stands for.’ He took particular affront at our kettle reviews, saying ‘It’s an effing kettle, for God’s sake. Just buy the blue one.’

We, on the other hand, would be more than happy to help Jeremy out the next time he needs any buying advice, kettle or otherwise. Provided he’s willing to pay his membership fee, that is.

5. Your boiler servicing engineer might not even bother take the case off your boiler

In our undercover boiler servicing investigation, we secretly recorded 10 engineers servicing a boiler and were shocked to find that eight failed to meet the minimum legal requirements.

Two of the engineers didn’t even take the case of the boiler. Find out how to get the best boiler service.

6. You’re better off shopping online than traipsing to the high street

Our shopping experts have been busy crunching the results from our annual high street and online shopping surveys this year to find out once and for all whether it’s best to hit the shops or complete your Christmas shopping online from the comfort of your own home.

Online shopping was the clear winner, with a customer satisfaction score of 74% compared with 65% for high street shops. Get the lowdown on our best and worst online shops.

7. We found out which suitcases will hold up against the roughest, toughest baggage handlers

Earlier this year we introduced a new ‘chuck test’ into our suitcase testing. It uses a purpose-built rig with a scaffold and rope to mimic a throwing action, tossing suitcases onto a hard floor from a height of 1.5 metres.

We then check the damage, and rate the bag from one to five according to how well it fared. One means it’s no longer useable and five means it has no permanent damage.

Find out which suitcases survived our tough tests with our luggage reviews.

8. Upgrading your smartphone or tablet with the latest operating systems can make it worse

Ever had that nagging feeling that your phone or tablet just isn’t quite the same after installing the latest operating system? Well, you might just be right.

We tested the battery life, processing speed and storage space of 26 smartphones and tablets after updating their operating systems, and found that 24 were worse off in at least one of those categories. The iPad Air lost three whole hours of battery life for video playback after we installed iOS 9, the latest version of Apple’s operating system.

We suggest waiting a month or two after OS releases for initial problems to be smoothed out before updating. 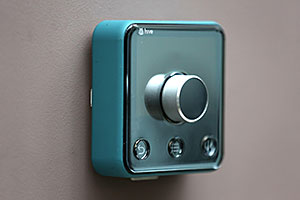 Hive addressed our concerns about the privacy of its app

9. We convinced Hive to stop sharing your personal data

Our investigation into smart thermostat privacy revealed that Hive was sending unencrypted data, including what times heating was set to go on and off with labels such as ‘awake’ and ‘away’. This means that someone who had tapped into your wi-fi could feasibly see whether you were at home or not.

Hive said that though it did not believe there were security risks, it has now encrypted the information.

Each year, we go to extraordinary lengths so we can tell you which are the best compost and growing bags for your veg.

This year we picked a staggering 1,523kg of tomatoes and 313kg of cucumbers in our growing bags test to weed out the bad from the good – needless to say we’re enjoying a festive break from all those summer salads.