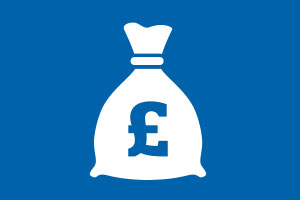 Loan sharks have been identified as an emerging threat this Christmas and continuing into 2016.

The Trading Standards Illegal Money Lending Team is concerned that families whose budgets are stretched could be at risk from loan sharks if they’re refused credit elsewhere.

Loan sharks take advantage of those on a low income who could struggle to obtain credit via other means.

And with Which? research revealing that a fifth of people expect to end up in debt due to Christmas spending, more people could be at risk from loan sharks this year.

The Which? survey of 2,056 UK adults also found that two fifths of people are expecting to spend more than they’d planned to this Christmas.

If you or someone you know has been approached by a loan shark, you can use our guide to report a scam.

Or you could call the Trading Standards Illegal Money Lending Team in confidence on 0300 555 2222.

The Illegal Money Lending Team has suggested that the threat of loan sharks this year could stem from the combined effect of the introduction of the Universal Credit single benefit and the cap on payday loans.

With increased pressure on household budgets over Christmas and into the new year, experts at Trading Standards fear that loan sharks will prey on those in tough financial situations.

Tony Quigley from the NTS Illegal Money Lending Team said: ‘As people get used to budgeting under the new system and find it harder to access legitimate short-term loans, we expect many to be tempted into the arms of the sharks.

‘This is not a recommended route as people can end up in much more debt and dealing with some pretty ruthless individuals.’

How to spot a loan shark

There are a few signs to look out for to help you spot a potential loan shark. A loan shark might:

If you’re worried about a loan shark in your community – or have become a victim of a loan shark – you can call the National Trading Standards Illegal Money Lending Team.