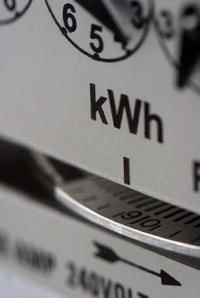 Npower has been fined £26 million by regulator Ofgem

Npower was ordered to pay a fine of £26m, by the energy regulator Ofgem, for failing to treat its customers fairly over bills and complaints.

The problems affected 500,000 consumers, some of whom received inaccurate bills with little or no detail about how these were calculated.

Npower customers also made over two million complaints, mostly about late or inaccurate bills, which Npower then failed to deal with. It also pursued debts even where these were disputed.

If you’re an Npower customer who wants to switch, check our independent comparison website Which? Switch.

Which? response to Npower fine

‘Ofgem is right to dish out a hefty fine as npower has clearly failed its customers. Time and again we’ve found the biggest suppliers aren’t getting the basics right on customer service.

‘Energy suppliers must up their efforts to treat their customers fairly by providing better customer service and fairer pricing.’

Ofgem said that many of the problems started when Npower introduced a new IT system in 2011. This led to it logging complaints incorrectly, such as logging them as resolved when they weren’t or creating multiple entries for the same problem.

Ofgem said that since its intervention, Npower’s performance has improved, however, it also said that it must continue to do better.

As part of our Fair Energy Pricing Campaign, we’re calling for the Competition and Markets Authority (CMA) to recommend suppliers introduce simple pricing. Over 350,000 people have signed our petition. You can help, too – join the campaign for Fair Energy Prices.