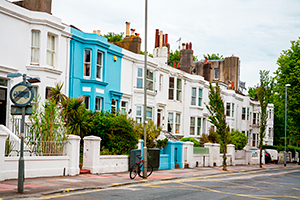 Which? research has found that, contrary to media speculation, interest rates on most fixed-rate mortgages are still dropping.

Such competitive deals coupled with widespread speculation about a base rate increase in 2016 mean that now could be the ideal time to fix.

However, our October 2015 survey of 5,034 homeowners found that only three in 10 people (29%) knew exactly what interest rate they were paying on their mortgage. This means that many could be paying thousands of pounds more than they would if they switched to a new deal.

How could a rate rise affect your monthly mortgage repayments?

Our research found that a third of people (32%) don’t know what rate of interest they’re paying on their mortgage, while four in 10 (39%) have only a rough idea.

Unless you have a fixed-rate mortgage, if the base rate rises your monthly mortgage repayments will increase. It’s important to know what you’re paying now so that you can work out how your finances will be affected if and when this happens.

We found that nine in 10 (89%) homeowners who knew their exact rate felt informed about how their finances would be affected if rates went up, while only three in five (58%) of those who didn’t know their rate felt the same.

The mortgage calculator on our home-buying hub not only lets you work out your current monthly repayments, but also shows how they’d change if the interest rate increased by 1%, 2% and 3%.

Should you take out a fixed-rate mortgage?

With fixed mortgage rates at historical lows, our analysis of Moneyfacts data also found that fixed-rate deals currently make up 77% of the market – so there’s plenty of choice.

The low rates currently on offer combined with the potential 2016 base rate rise could make now a sensible time to take out a fixed-rate mortgage – but this won’t be true for everyone.

Which? Mortgage Advisers spokesperson David Blake said: ‘It’s important to remember that fixed-rate deals typically have higher rates than trackers, for the time being at least. However, fixing now could potentially save you money in the long term.’

If you already have a mortgage, don’t forget to factor in the extra fees you’d have to pay to switch to a fixed-rate deal. Early redemption fees (charged by many lenders if you leave your current deal early) can run to thousands of pounds, as can the fees for setting up a new mortgage.

We’d recommend taking professional advice from a broker before making any decisions.

Find out more: for more detailed advice, check out Should I get a fixed-rate mortgage?

Are you with the best mortgage lender?

According to our survey, 34% of homeowners are presently on a standard variable rate (SVR) – typically the lender’s default rate once an initial deal finishes, and rarely the cheapest option.

Of those on SVRs, only a third (34%) said they would be inclined to switch if they saw a better deal. However, they could be paying hundreds of pounds per month more than they need to.

However, finding the cheapest deal isn’t everything. You should also think about the quality of your mortgage lender before applying.

Every six months, we survey over 5,000 mortgage holders and combine the findings with our own analysis of which lenders are offering the best deals. Discover the providers currently topping the tables with our guide to the best mortgage lenders.