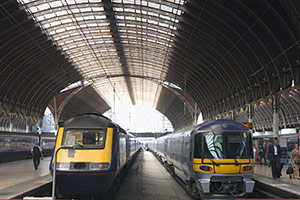 Today, Which? is making a super-complaint to the Office of Rail and Road (ORR) calling for an investigation into rail delay refunds.

We’re calling for action to make the process clearer and easier for consumers.

Train companies are making it far too difficult for passengers to get compensation for a rail delay or cancellation, or even find out if they’re eligible.

So today Which? is using its super-complaint powers to ask the rail regulator to take action.

To help you know your rights when travelling by rail we’ve also produced a number of guides you can use to claim your train delay compensation.

Today we’re also launching our campaign to Make Rail Refunds Easier calling for clear information on how to get a refund for delays and for all train companies to offer cash as default.

We also want to see train companies held to account if they fail to encourage passengers to claim refunds for delays.

Launching the campaign, Which? executive director Richard Lloyd said: ‘Current proposals to improve compensation for passengers are too far down the track.

‘Even if an automatic compensation system was included in all new franchises from tomorrow, it would take until at least 2025 to cover the whole network.’

He added that ‘millions of passengers are left out of pocket each year, so train companies must do more to put their passengers first and make rail refunds easier.’

The latest figures show 47 million passenger journeys were either cancelled or significantly late in one year.

Most train companies’ passengers are entitled to compensation if they’re delayed by half an hour or more.

But our survey of nearly 7,000 rail passengers found only a third of passengers who may have been entitled to compensation actually made a claim and only a third remembered being told their rights after their last delay.

The results revealed that not enough is being done to remove the unnecessary barriers to claiming compensation for passengers:

A super-complaint is a unique legal power that allows certain consumer bodies, such as Which?,  to complain to regulatory bodies about market features that are significantly harming consumers’ interest.

Now that Which? has submitted its super-complaint, the ORR has 90 days to respond.