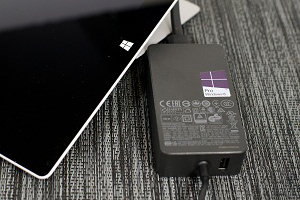 Microsoft has issued a recall across Europe for any Surface Pro tablet owners who have found their power cords to be damaged.

A number of users have reported problems with their Surface Pro’s AC power supplies, most commonly in the form of severe overheating. As such, Microsoft has said it will replace the cords of any owners who believe they are affected by the issue.

Find the best tablet for you with our expert tablet reviews.

Which models are affected?

The recall applies to all Surface Pro, Surface Pro 2 and Surface Pro 3 models sold before 15 July 2015. If you own one of these devices check its temperature and the temperature of the power cord’s adaptor block while charging. If it feels noticeably hotter than normal we recommend taking no chances and opting in to the recall.

Which? has rated multiple variants of the Surface Pro range as Best Buys.

A Microsoft spokesperson told us: ‘As a result of damage caused by AC power cords being wound too tightly, twisted or pinched over an extended period of time, a very small proportion of Surface Pro customers have reported issues with their AC power cord. We will be releasing details of how customers can obtain a free replacement cable shortly.’

If you are affected, you can make a request to Microsoft for a replacement free of charge – the company says that no proof of damage is required to receive a replacement. You can visit Microsoft’s website for more details of how to make your replacement request.