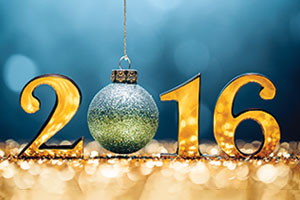 A new year can mean turning over a new leaf, and we think there are a whole host of resolutions that companies could make so that 2016 is that little bit better for all of us.

We had a look at the investigations we completed in 2015, spanning across a variety of industries, to create seven New Year’s resolutions.

We all know it’s hard to keep a resolution past January, but we think 2016 is the time for change. From airlines to supermarkets, companies should agree to truly put consumers first.

We know this is a tall order though – considering everything we discovered in 2015. But we will continue to uncover the truth over the upcoming year in the hope that firms really will begin to turn over a new leaf.

1. Airlines should stop trying to avoid paying out compensation for flight delays

Our January 2015 investigation uncovered airlines fobbing off passengers and shirking their responsibilities when it came to paying out compensation for flight delays. This meant millions of pounds were left unclaimed.

We want this to stop. If your flight’s been delayed, use our flight delays tool to start your free claim for flight delay compensation.

We discovered a number of products that were actually identical to each other, despite their claims. For example, the painkillers Nurofen Tension Headaches caplets and Nurofen Migraine Pain contain the same amount of Ibuprofen in. And Ibuprofen can’t actually target pain in specific body parts.

In Australia, Nurofen manufacturer Reckitt Beckiser was found to have engaged in ‘misleading or deceptive conduct’ by the Australian Federel Court for selling identical painkillers in the guise of four different products in Australia. You can read more about this case and our painkiller investigation.

We think manufacturers should be more transparent and clear about what they are selling, to help consumers understand what they’re really paying for.

We found key booking information was missing from a number of ticket resale websites, which is a breach of the new Consumer Rights Act. Ticket websites need to be clearer to ensure you can make an informed decision when choosing and buying tickets.

4. Independent financial advisors should be more upfront about their charges

Last year, our money team revealed that it’s almost impossible to find out on financial advice firms’ websites how much you should expect to pay for financial help. Out of 500 websites, more than two thirds gave no indication as to what you’d pay for their services.

We think financial firms need to be more upfront with their costs. To help navigate this tricky area, read our guide to financial advice explained. 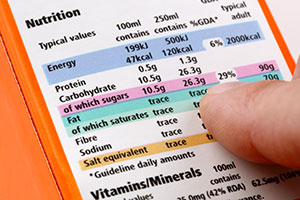 5. Food companies should reduce sugar in food and drink

Sugar is a major contributor to obesity rates, as well as tooth decay. So to help stem the rise, the sugar content in manufactured food and drink should be gradually reduced over the upcoming year. There should also be tighter controls over irresponsible marketing and promotions.

Tesco has already stated that it plans to reduce sugar in some of its own-brand food, and other supermarkets are starting to follow suit.

The Government is due to publish its childhood obesity strategy later this year.

6. Tech manufacturers shouldn’t be so quick to abandon support for their products

When you buy a new smart TV, you expect the apps you’ve been sold on to remain available. But when smart TV’s update (which you can’t avoid), they’ll often take away apps such as iPlayer and YouTube. This happens across a variety of tech products and last year we were inundated with similar stories from peeved consumers.

We want manufacturers to commit to ensuring the apps, services and software features that are used to sell us a product will remain available for a reasonable product lifecycle.

7. Manufacturers should back their guarantee claims

Manufacturers tell us that their washing machines and other appliances should run for thousands of cycles and last for years. So why don’t they offer a warranty to match?

Indesit told us it expects its washing machines to last seven to eight years – with consumers looking to replace within five to six years. The standard warranty for an Indesit model is one year.

We think manufacturers should put their money where their mouth is and support their claims by offering warranties to match. Otherwise why make them in the first place?

Heck vs The Jolly Hog vs The Black Farmer: which sausages are worth splashing out on?

Behind the label: what’s in your detergents?