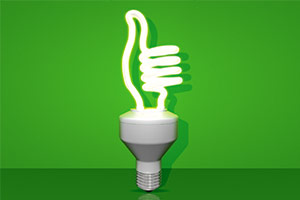 Find out what people really think of their energy company

The UK’s biggest energy customer survey reveals what people really think of their energy companies, so you can avoid the worst.

Does your energy supplier give you good prices and great customer service? Because it should.

Our yearly energy company survey shows that most people – we estimate 87% – are having to put up with below average customer service and are paying too much for their energy.

This is because the Big Six energy firms (British Gas, EDF, Eon, Npower, Scottish Power and SSE) all languish behind the leading smaller companies that are offering cheaper tariffs and are keeping their customers happy.

Our survey is the UK’s biggest energy customer survey and has enabled us to rate 25 energy companies. In October 2015, we asked 8,902 people to rate their energy company based on its customer service, value for money, clarity and accuracy of bills and how it helps them save energy and deal with complaints.

We also asked them how satisfied they were overall and would they recommend their energy company to a friend. With this information, we give each company a customer score.

The seven companies that came out on top with high customers scores and high ratings were smaller companies, including Ovo Energy, Flow Energy, Ebico, Good Energy and Ecotricity.

The Big Six – British Gas, SSE, Scottish power, Eon, EDF Energy and Npower – are lagging behind. None are in the top group and Npower has come last again.

This year’s Which? Recommended Providers (WRP) are Ovo Energy and Flow Energy. We assess each energy company’s billing, price and policy details and only award WRP status to those that pass our strict criteria.

Which? executive director, Richard Lloyd, said: ‘Again the smaller energy suppliers are leading the way when it comes to customer satisfaction, leaving the Big Six providers in their wake.

‘Large energy companies need to take note and start stepping up their game to provide the service their customers deserve.’

Should you switch your energy company?

Of all the people we surveyed, only 10% had switched energy companies in the past year.

If you’re fed up with poor customer service and want to cut your energy bills, then switch.

To find the cheapest energy deal for you, use our independent switching service Which? Switch. Which? Switch has saved people on average £297 a year when they change suppliers.*

*(This figure is the average estimated annual saving for customers who applied to switch suppliers through Which? Switch between 1st May 2015 and 31st August 2015.)