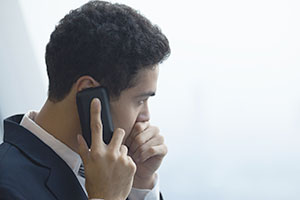 Telecoms giant BT has today announced a new service aimed at diverting millions of nuisance calls, which is set to launch later this year.

BT announced its new service as a breakthrough in tackling nuisance calls – one of the great annoyances of modern life.

Which? executive director Richard Lloyd said: ‘People are fed up with being bombarded with unwanted calls so this is a step in the right direction for millions of BT customers.

‘We now need to see more action taken by the industry ?and government ?to help reduce the stress and anxiety caused by nuisance calls.’

You can help regulators take enforcement action against companies that make nuisance calls. More than 25,000 nuisance calls have been reported directly to it using our free nuisance call reporting tool.

How will this ‘breakthrough’ service work?

At the launch of the service BT explained that a team will harness huge computer power to analyse and monitor calls to the company’s 10 million domestic customers, and identify any patterns of callers.

Any rogue numbers will then be diverted to a junk voice box, which BT estimates will affect up to 25 million unwanted calls a week.

BT customers will also be able to divert calls themselves to a ‘blacklist’.

One of the great annoyances of modern life

Chief executive of BT John Petter said: ‘Nuisance calls are one of the great annoyances of modern life.

‘Everyone will have received one. We are delighted to have made this major breakthrough.

‘Now we are able to announce that we are working to identify and tackle huge numbers of [nuisance] calls in the network.’

BT also called on other telephone providers to join in the fight against nuisance calls, asking them to use the intelligence that BT gathers to help root out the malicious numbers on their own networks.

Bring an end to nuisance calls

While this is a positive move for consumers, nuisance calls don’t solely affect landline users.

In October 2015, Which? found that seven in ten mobile phone users had received at least one unwanted call to their mobile in the preceding month.

And analysis of data from the telecoms regulator Ofcom and the Telephone Preference Service (TPS), a free-to-use register which records your preference to not receive unsolicited sales or marketing calls, revealed at the time that just 3% of the 78.9 million registered mobile phone users in the UK had signed up with the TPS.

In light of this Which? worked with the TPS to launch a free text service allowing people to register their mobile phone numbers.

You can register your mobile phone with the TPS for free by sending a text stating OPTOUT to 80057.