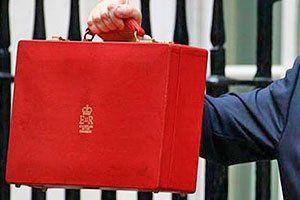 Today’s Budget included a major change in retirement saving for the under-40s with the new Lifetime Isa – but there was no announcement on pension tax relief, despite speculation.

The new Lifetime Isa could change the way that younger people save for their retirement. Open a Lifetime Isa account between the ages of 18 and 40 from April 2017 and any savings you put into it before your 50th birthday will get an added 25% bonus from the government.

If you’re not getting contributions from an employer, saving in a Lifetime Isa may be your best option. There will be cash and stocks and shares options, too.

You can continue to make contributions and receive the bonus up to the age of 50.

You can withdraw the money at any time before you turn 60, but you’ll lose the government bonus (and any interest or growth on this). You will also have to pay a 5% charge.

Visit our Which? Budget hub for all the main announcements from today.

No change on pension tax relief

There had been much speculation that the Chancellor would change the system for paying tax on your pension contributions – pension tax relief – but this idea was shelved before the Budget. Mr Osborne may revisit this proposal – perhaps in the Autumn Statement later this year, or in the 2017 Budget.

Tax relief on pension contributions is an incentive given by the government to encourage people to save into a pension. If you belong to an occupational, or workplace, pension scheme, your pension contribution is taken from your total (gross) pay, before any tax is deducted. This means that you pay tax on less income than you otherwise would – so basic-rate taxpayers receive 20p on every £1 put into their pension from the government and high-rate taxpayers get 40p.

Other announcements today addressed how you get information about your pensions. Which? research has shown that over a third of people approaching retirement find it difficult to keep track of their pension pots.

To help with this, the government has tasked the pension industry to design, fund and launch a pensions dashboard by 2019 – a major demand of the Which? Better Pensions campaign. This will mean you’ll be able to view all your retirement savings in one place.

The government is also going to restructure the statutory financial guidance services – the Money Advice Service, The Pensions Advisory Service and Pension Wise – to ensure that consumers can access the help they need to make decision about their financial matters.

Al Rayan to shut down online banking in less than a week: what you need to know