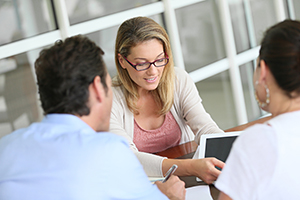 Which? Money has called into question the accuracy of financial advisers’ credentials on Unbiased.co.uk, the UK’s largest directory of advice firms.

In February 2016, we found that more than half of the firms we investigated that were listed on this website claiming to have well-respected accreditations did not actually hold them.

We looked at advisers based in 10 postcodes, and searched for those claiming accreditation by the Chartered Institute for Securities & Investments (CISI), and for those claiming BS 8577 and ISO 22222 – professional certificates issued by Standards International and recognised by the Financial Conduct Authority. These are additional accreditations that IFAs can gain so they can set themselves apart from the competition.

We then compared our findings with official lists from the issuing bodies. We looked for CISI-accredited companies. Of the 92 firms that appeared in our Unbiased.co.uk searches claiming this credential, only 36 appeared on the official CISI list – that’s just 39%.

We found that only six of the 21 companies in our search that claim to have achieved the BS 8577 certification appeared to actually have it – this means that 71% did not.

Those looking for a financial adviser face a difficult task when shopping around. We’ve previously found that it’s next to impossible to do so based on charges, and it now appears that it’s just as difficult to reliably compare advisers based on qualifications.

Michelle Hoskin, director and founder of Standards International, told us: ‘There are so many amazing firms working really hard to obtain and maintain such high international standards, it’s heartbreaking to us that some firms and individuals are misrepresenting their qualifications.’

She added that her company is now working with Unbiased to remove any unearned qualifications from adviser profiles.

One possible explanation is that the advisers’ qualifications had lapsed. ISO 22222 and BS 8577 certificates must be renewed each year, and it’s possible an adviser could have previously held the certification and not updated their Unbiased profile.

Another possibility is that firms who are working toward a qualification or certificate, but have not yet achieved it, may have marked themselves as having achieved it on the site.

Unbiased told us that it does its utmost to ensure information is accurate. It said that at the time of our research it was part way through a regular spot check which could explain why ‘old’ information was found.

It told us that advisers had a responsibility to keep their profiles up to date as part of its terms and conditions. It also encourages consumers to check qualifications directly before instructing advisers.

Find out more: How to find a financial adviser – learn how to look for an adviser that’s right for you