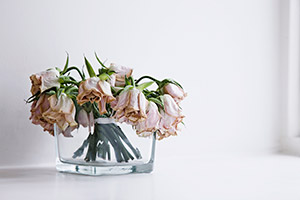 One in five people who bought flowers online in the last 12 months have experienced a problem with their purchase on at least one occasion.

New Which? research found a quarter of people had bought flowers online during the last year with one in 10 saying the flowers were not of satisfactory quality.

According to the survey, 32% of those who bought flowers online during the last 12 months did so for Mother’s Day.

Don’t be left out of pocket this Mother’s Day. Read about your rights when buying flowers online.

Of the people who said they’d experienced problems, quality, delivery and packaging topped the list of complaints both among buyers and receivers of flowers.

One in twelve people found that their flowers lasted fewer than five days, while 8% said their flowers arrived in poor condition with a further 7% saying they didn’t arrive on time.

Most people who received flowers as a gift didn’t have a problem with their delivery. But of the 22% who did, more than half said they didn’t tell the sender.

In these cases 70% said quality was the main complaint with 28% citing packaging. If poor quality flowers or damaged packaging are an issue, take a photo of the flowers when they arrive.

This is useful evidence if you’re asked by the retailer to provide proof that the flowers weren’t in a reasonable or satisfactory condition when you received them.

When you buy flowers online, you enter into a contract with the retailer.

Under the Consumer Rights Act the retailer is responsible for the condition of the flowers until you take delivery of them.

So if your flowers arrive wilting or have browning petals or leaves, they’re not of satisfactory quality and you should be entitled to a refund.

The retailer – not the delivery company – is also responsible for timely delivery. So if your flowers are delivered late for Mother’s Day, the retailer is responsible and should refund you.

It’s important to note that most retailers will only discuss, rectify and refund flower orders with the person who made the purchase.

So if you receive lacklustre flowers this Mother’s Day, let your friends or family know so they can put it right.

The Which? survey found that around a third of those who had complained said the retailer gave them a full or partial refund on at least one occasion – around a quarter received a replacement.

Only 14% of people who contacted the retailer to report a problem were told that the retailer couldn’t help on at least one occasion – so it’s worth speaking up!