New Which? research has revealed the top 10 up-and-coming areas throughout England and Wales.

People buying property, either to live in or as a buy-to-let investment, are often keen to buy in up-and-coming areas in the hope that the property’s value will rise before they come to sell it on.

We analysed Land Registry data to find areas where property prices have risen sharply but are still below the national average of £200,000, in order to identify areas that are both affordable and on the up.

Despite London generally being more expensive than the rest of the country, one postcode district in the capital made it into the top 10: DA18 in the southeastern borough of Bexley saw a rise of 32% last year, with the average price now £191,500.

Click on the map to go to our interactive tool and see how prices have changed where you live. 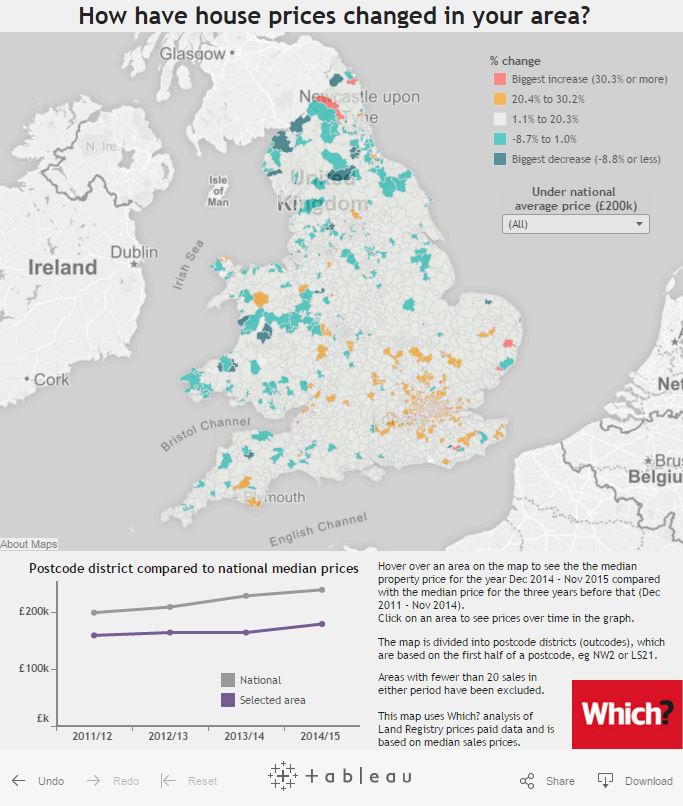 Top 10 affordable areas on the up

The table below shows the postcode districts in England and Wales where prices have increased the most in the last year compared to the previous three years. We’ve only included areas where the average selling price is still below the national average of £200,000.

Table notes: results based on Land Registry prices paid data for England and Wales. Averages based on medians. Sufficient data was not available for Scotland or Northern Ireland.

How to find an affordable area on the up

While it’s not always easy to predict whether property prices will increase significantly in your desired postcode, there are some tell-tale signs that an area might be on the up:

David Blake of Which Mortgage Advisers says: ‘For a first-time buyer or buy-to-let investor, up-and-coming areas can provide an affordable alternative to buying in an already-established area. You could see property grow in value quickly, but it’s important to remember that property markets can change, and there is never a cast-iron guarantee that values will continue to rise.’