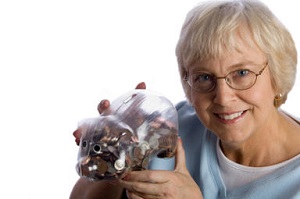 From April 2017, you will be able to sell your annuity income for cash

New proposals about how the secondary annuity market could work have been published in the past few days.

HMRC has published a consultation paper on the taxation of annuity sales, while the Financial Conduct Authority has outlined proposals for rules and guidance for this.

However, some important questions remain including:

For most people selling their annuity won’t be the best decision. Here, we outline what we already know about the secondary annuity market and what those hoping to sell their annuity can do.

Find out more: What is an annuity? – see our video guide

The new pension freedoms allow people reaching retirement age to do what they want with their pension pots, instead of being effectively forced to purchase an annuity.

However, when these were introduced, those who had already bought an annuity were left out in the cold. Currently, if you sell your annuity income you’ll pay a penalty tax charge between 55% and 70% – making the prospect effectively useless.

However, from April 2017, this penalty will no longer apply. In theory, this will allow people who have already annuitised to enjoy the same range of freedom as someone who is over 55 but may not yet be retired.

What can you do if you’re consider selling your annuity?

Don’t get too worked up about this decision at this point. It doesn’t come into effect until April 2017 and it’s yet to be confirmed exactly how the market will work.

Even once the market opens, give it some time to bed down. There might be an initial rush of people trying to cash in their annuities – meaning companies won’t have to be as competitive to catch business.

Also, there will inevitably be some birth pangs as the complex processes are worked out and the difficult questions answered.

Think twice if you have a great annuity rate

Some annuities are better than others. If you bought at the right time or got a special deal, you might be earning significantly more income than the market rate for your annuity. It’s possible better rates will draw more generous offers from would-be buyers, but this isn’t certain yet.

You should make sure the decision to cash in as part of a wider financial plan and not just an impulse for a shopping spree or lavish holiday.

A good, well-qualified financial adviser will help you contextualise this decision. And if you can’t (or won’t) pay for advice, don’t fret: the government is considering expanding its free Pension Wise service to help.

Make sure you have other guaranteed income

Don’t underestimate the importance of constancy. The virtue of the annuity is that the money comes in, no matter what. Investments, property and even final salary pensions won’t necessarily provide a guaranteed minimum income.

One of the biggest failings of people planning their retirement finances is that they too often think they’ll die long before they actually do. Be very careful weighing up the benefits of a lump sum now (which will probably be smaller than your original sum) and an income for life.