For most of us, buying a new smartphone boils down to two options: Android or iOS. There is Windows phone and BlackBerry but Google and Apple dominate the smartphone market.

Whether you’re rooted in Apple’s closely guarded ecosystem or you’re a fan of Google’s bohemian open-source approach of letting anyone use its Android OS there are pros and cons to both.

In an attempt to conclude unequivocally, irrefutably and without bias which is the best operating system, our resident iOS expert, Callum Tennent, and his Android counterpart, Martin Pratt, put forward their cases for why their preferred OS is best as well as showing their appreciation for its rival and where they think it could do better.

Why iOS is best

As with any Apple creation, it’s the aesthetic that puts iOS at the top of the pile. Its sleek design and minimalist interface is second to none, and the way Apple has subtly yet significantly evolved it over the years is something Google has obviously paid close attention to.

It’s also built around a central hub, in the form of iTunes, which really helps you keep on top of files and backups with minimum difficulty. Some may hate iTunes as a media centre but being able to plug your iPhone into your computer and manage everything on it from one program is super-useful.

Apple’s iOS is distinguished for being the benchmark that other developers pursue when trying to fine-tune their own software and the ‘it just works’ appeal of Apple’s ecosystem is as comfortable as a pair of old slippers.

Also, there’s no denying that Emoji look best on iOS. 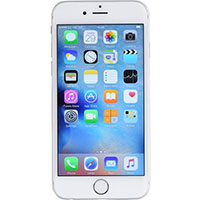 What I like about Android – From an iOS-lover’s perspective, Android’s Google integration is admirable. It feels like everything on your phone is connected, and there’s a great deal of continuity when you log in to your web browser on your laptop or PC too.

Google Now knowing where you work, how long it will take you to get there, what time your first meeting is and what you need to remember to pick up from the shops on your lunch break, and telling you all that before you need to ask for it, is exactly what personal computing should be about.

Where Android could improve – The Google Play App Store is still something of a disaster. It’s rife with bloatware, knockoffs and virus-laden apps thanks to Google’s laissez-faire attitude to submissions. Say what you want about Apple’s power trip but the iOS App Store is perfectly curated.

There’s also the fact that it’s still ugly. 6.0 Marshmallow has made huge strides towards improving that but it’s still overburdened with widgets, buttons and context menus. Sadly, Google can’t stop manufacturers like Samsung and Huawei slapping hideous skins on top of the much-improved ‘vanilla’ Android either.

Because Android finds its way onto so many different phones, owners are at the mercy of the manufacturer as to when and if they get the latest update, and the range of different Android versions makes for a disparate experience.

Google’s lack of control over what happens to Android once it’s been licensed out means it has limited control over the quality of the end product. If Android is installed on an underpowered or downright bad phone the experience will suffer and those Android advocates will be left with a sour taste in their mouths.

Why Android is best

Android owes a lot to iOS. The app tile grid so synonymous with smartphones was popularised by Apple but, where Apple was happy to refine, Android looked to evolve. The result is a flexible OS that allows for greater tweaking and personalisation.

This flexible focus is evident on the home screen. Rather than a grid of apps and folders, an Android phone can be customised with widgets that allow control of certain apps without needing to open them.

The flexibility extends to what’s on your phone too. Android phones look like hard drives when connected to a computer and copying music, videos and pictures onto one is as easy as dragging and dropping the files.

Android will always be preferred by users who want to have things just as they like them and a phone that adapts to their needs thanks to its unmatched flexibility. 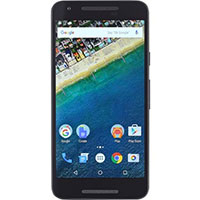 What I like about iOS – There’s no denying iOS’s appeal. Its comprehensive well-curated app store and ease of use are what other brands aspire to. The universal nature of Apple’s OS creates a parity across its ranges that few other companies can compete with.

If you’ve got an Apple TV nestled in your entertainment centre, a Mac in your study and an iPhone in your pocket you’ll know how seamlessly and intuitively they work together. It’s that sort of unified experience that’s so appealing to Apple aficionados and if you’ve gone all in on the Apple ecosystem there’s not much reason to leave.

Where iOS could improve – Getting your content onto your iPhone still requires you to jump through an iTunes-shaped hoop. Removing this unnecessary step in the process of getting files from computer to iPhone would endear a lot of smartphone agnostics.

The program is symptomatic of Apple’s need to control every little process on an iPhone. ‘Choice’ has always been a dirty word at Apple. Steve Jobs obsessed over creating closed environments and iOS is no exception. Much like going to a museum to see a pretty painting, the trade-off for this gorgeous and user-friendly operating system is that you’re absolutely not allowed to touch it.

For some techies that’s enough to turn them away from it entirely, but even the most casual of iOS users have probably asked if there’s any way to make some minor tweak at some point, only to be met with a resounding and definite ‘no’.

An iPhone feels like a rental but if Apple cut the puppet strings the iPhone could be a peerless device.