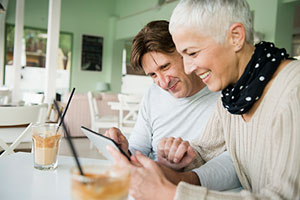 Many of those approaching retirement are still in the dark about aspects of the new state pension, according to Which? research.

Confusion about the new state pension

In February 2016, Which? organised an online survey of 1,000 adults between the ages of 50 and 64 to measure awareness about the upcoming changes to the state pension.

The new system, which will take effect from next Wednesday, aims to simplify how much people will receive and when they are eligible to claim the state pension.

The good news is two thirds (68%) of respondents were aware that changes are coming in, and this rises to 80% of those aged between 60 and 64.

However, our research revealed there is still confusion about how the new system impacts consumers:

Find out more: what’s happening to the state pension? – the comprehensive Which? guide

The state pension system is still complicated and two thirds (64%) of those approaching retirement said they would be interested in an online pension forecast that shows how much state pension they are entitled to. The Department for Work and Pensions has developed an online forecast, which is still being refined.

The Which? state pension guide explains the differences between the current and new systems, as well as providing analysis on how the changes will impact people, whether they’re currently receiving or soon to be receiving their state pension. It also includes a state pension age calculator.

Which? highlights need for greater awareness

Which? executive director, Richard Lloyd, said: ‘Next week sees major changes to the state pension, which forms a core part of many people’s retirement income.

‘While it’s promising to see that awareness of the upcoming changes is high, we’re only half way there. More needs to be done to make sure that people understand what the changes are and what they mean for them.’

Pensions minster Ros Altmann, said: ‘It is vital that people check what their state pension is likely to be, especially when planning their future later life income. ?The government is introducing a new state pension system which will be easier to understand and a new digital online individual state pension forecast will be available to make things much easier.

‘This is in public testing now and in the meantime anyone over age 50 can get a written statement showing their estimated state pension. I’m delighted that Which? is highlighting the new system and the need for more people to find out how the new rules will affect them.’

HMRC pays back £716m in overpaid pension tax: are you owed a refund?

Revealed: the most popular current accounts in 2020

Electric car insurance premiums fall – could you save money with a greener vehicle?