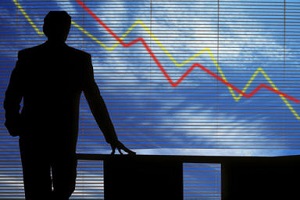 Are your investments right for your retirement plan?

Millions of people could be sleepwalking towards a less prosperous retirement because they’re invested in outdated pension schemes that aren’t designed for the new world of pensions freedom, Which? Money can reveal.

We found that these schemes – which use an investment strategy known as ‘lifestyling’ – could cost retirees tens of thousands of pounds.

Lifestyling is the default strategy used by most workplace pension schemes. It became the norm when the vast majority of retirees bought an annuity – an insurance contract that pays out a guaranteed income for life.

It involves shifting your money from shares into less risky investments (typically cash and government bonds, which are also known as ‘gilts’) as you approach retirement – and sacrificing potential investment growth in doing so.

This makes sense when you’re planning on buying an annuity – a one-off transaction – but under pensions freedom, many of us will opt to leave some or all of our pots invested in the markets in order to generate a regular income or make ad-hoc withdrawals. If you’re planning on staying invested into retirement, it makes less sense to reduce risk as you approach your retirement age.

Find out more: Income drawdown – our guide to leaving your pension invested into retirement

What are the risks?

A lifestyling strategy, if you’re not planning to buy an annuity, could mean squandering some of the best years of potential investment growth available to you and therefore reducing how long your savings might last in retirement or how much income your pot will generate.

According to a model provided by pension provider Aegon, one third of a £406,000 pension pot could come from investment returns in the final 10 years before retirement, with late-stage returns totalling an amount greater than the investor’s contributions over the life of the pension.

Which? Money estimates – using 116-year return data for shares, gilts and cash – that if the 10 years before your retirement see your pension shifted out of shares, and into gilts and cash, you could be left with 18% less, on average, than if your pension had remained invested in shares throughout.

This example isn’t perfect – shares are typically more volatile than gilts and cash, so they’re a riskier investment. And people do tend to become more risk-averse as they age. However, it does highlight how important the final years before retirement can be – and the impact premature de-risking could have.

Find out more: How to invest – our guide to putting together a portfolio

How much is invested in these schemes?

A government study from 2012 estimated that there was more than £93bn in contract-based defined contribution workplace pension schemes – and admitted that this could have been an underestimate. A separate study from the Pensions Policy Institute estimated that 85% of money in workplace DC schemes is in default lifestyle funds.

Taking into account investment returns since then, and the amounts saved into other schemes not counted in the 2012 study, we think it’s reasonable to estimate that the total amount invested in contract-based, lifestyled pension schemes is £100bn or more.

What’s being done about it?

To their credit, the pension providers we spoke to seem to be taking steps to adapt – but they can’t simply change the way their customers are invested without their express permission.

Most providers are actively trying to contact their customers, but inertia is a powerful force, and people too often ignore the post they receive from pension providers, especially for pots paid into with previous employers.

So, if you are invested in one of these schemes, you cannot afford to ignore it. Contact your pension provider to assess their plans for your money, and consider seeking professional financial advice.

Find out more: Financial advice – our guide to your options