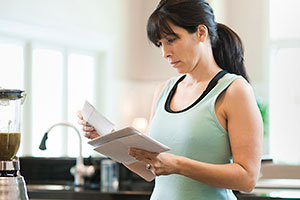 New Which? research calls into question whether the Competition and Markets Authority’s (CMA) proposal to share customer data will encourage people to switch.

The proposal would allow rival energy companies access to a database of customers who had not switched for three or more years, to send them information on alternative deals.

Our research shows that four in ten people (37%) who haven’t switched say they would likely opt out of receiving these marketing letters.

Additionally, 35% of these customers say they would put any letters straight in the bin or would just scan them quickly. And 10% say they would do nothing with the information.

To find out more about the CMA proposed changes to the energy market, read about our Fairer Energy Prices campaign.

We know that consumers who have been with the same supplier for three years or more are sceptical about switching. Of those who haven’t looked into switching, 40% give the reason of not thinking there is enough difference between suppliers to make it worthwhile and 26% said they weren’t interested in looking into switching at all.

This new analysis shows that thorough testing is needed to consider how a database might be used and whether opening up customer data to rival suppliers would result in more people switching.

Can the CMA safeguard consumers from nuisance marketing?

With time nearly up for the CMA, it needs to set out how the database will be thoroughly tested to ensure that sharing customer data does encourage more people to switch to a better deal. The CMA also needs to consider how it will safeguard people from being inundated with unwanted nuisance marketing.

Which? executive director, Richard Lloyd, said: ‘The CMA needs to ensure that its proposals will actively encourage consumers to switch. Without further consideration, there is a danger that it could instead lead to a rise in unwanted marketing that would further undermine trust in the energy market.

‘While the CMA has said some elements of the proposal would be tested by Ofgem, with just months to go until this important inquiry is completed, the regulator must make sure that all aspects of this idea are tested to ensure it really does help people to get a better deal.’

(Survey details: Populus surveyed 1,797 GB adults who are responsible or jointly responsible for the gas or electricity bills in their household, March 2016. Data weighted to be demographically representative of the GB population.)