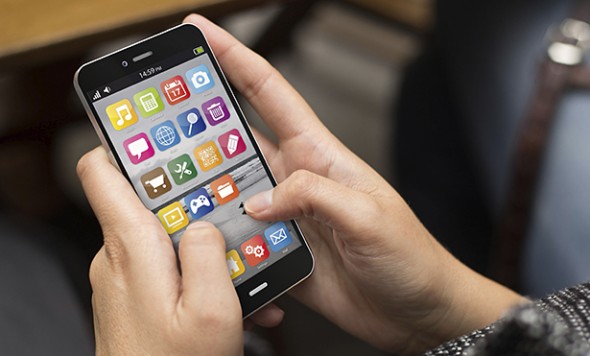 There was no shortage of apps released on the Apple App Store and Google Play Store in April – here’s our pick of the ones worth having.

If there’s one thing smartphones aren’t short of its apps. Every month hundreds more are added to the millions that are already available on iPhone and Android handsets.

It’s all too easy for the standouts to get swamped by the sheer number of apps vying for your attention, which is why we try and pick out the ones that are worth downloading.

Best Buy smartphones – which handsets impressed us most? 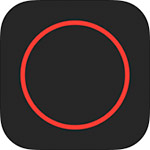 Round – We’re used to sat nav apps getting us from A to B as quickly as possible but Round takes you in a different direction by showing you the scenic route.

Whether you’re walking through a city or driving around the countryside, the app gives turn-by-turn voice navigation for picturesque routes submitted by other users.

If you find a route of your own you can share it with the community or with friends – you can even comment on other people’s routes to highlight beautiful vistas or landmarks. 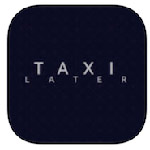 TaxiLater – Plenty of people are moving to Uber for their taxi needs thanks to its clear pricing and simple booking but one feature the app is sorely lacking is the ability to pre-book your cab.

Enter TaxiLater, which lets you set a time when you want to request an Uber. The app takes care of everything and alerts you if the price of the cab is going to be more than normal to make sure you still want to go ahead with the booking. 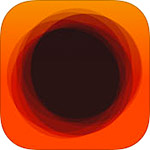 Hear – advanced listening – With the chatter of people, roar of traffic and music blaring from every shop it can be hard to keep a clear head in today’s world. Hear uses this noise to create a soothing or psychedelic soundscape designed to keep you relaxed and happy.

The app comes with seven acoustic modes like auto volume, which filters out background noise while making speaking clearer so you don’t miss someone trying to talk to you, or office mode, which allows you to focus by softening the sounds around you. 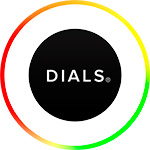 Dials Calendar – Smartphones make great diaries but the developers behind Dials decided there was a better way to show your upcoming events.

Rather than a list of times and dates, Dials shows your events as hands on a clock so you can see at a glance where you need to be and when. It integrates your contacts and maps in the app too so you know who your appointments are with and how to get to them. 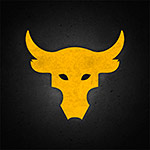 The Rock Alarm – Who better to get you out of bed than wrestler Dwayne ‘The Rock’ Johnson? Set your personal goal, tell the app when you want to wake up and decide from 25 different alarm tones (some of which were recorded by the man himself) and get ready for your morning wake up call.

Be warned – there’s no snooze button because The Rock is not a fan of them apparently. And if you’re feeling particularly masochistic you can wake up at the same time as Mr Johnson – only early birds need apply though since this is currently 4.45am. 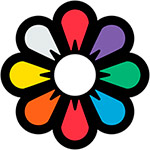 Recolour – If you’ve been to a bookshop lately you may well have seen a fair few colouring books but they aren’t designed to amuse restless kids – these books are full of complex patterns created to relieve the stresses of day-to-day adult life.

Recolour brings the colouring book experience to smartphones. With over 700 designs, from animals and flowers to more abstract patterns like mandalas, already available and new ones being added daily, there’s plenty to keep you busy. 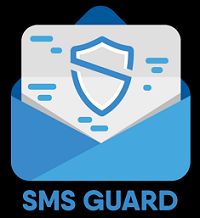 SmsGuard – Unwanted calls aren’t the only way companies can target your phone – nuisance texts that clog up your inbox can be just as irritating.

SmsGuard filters texts from unknown senders, whether they are people or companies, and sends them to a spam folder. You can add to the app’s built-in filters so if there’s someone you don’t want to communicate with or you’re just sick of getting pizza offers from Dominos you can add them to the list.

For added security you can set a password for your inbox too so no one can access your inbox without your say so. 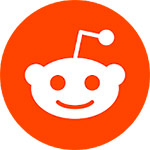 Reddit – As the virtual hub of the internet, Reddit has a conversation on just about every topic you can think of. The app is the first official way of charting the sea of threads without needing to open your browser.

Whatever you’re a fan of there will be like-minded people ready to discuss it on Reddit and it’s a great way of finding out new information on your favourite things.

The app offers a streamlined way to search the threads, read your messages and filter out new or popular topics – a handy tool for seasoned users and Reddit newbies alike. 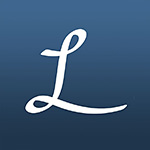 Dictionary Linguee – Having a phrasebook with a complete database of nine different languages is no bad thing when you’re going abroad. Linguee behaves like a dictionary but using clever predictive technology it puts your translated words into popular phrases. For example, searching the word ‘toilet’ might show you ‘which way to the toilet?’

It works with other languages too but only the original nine have a full dictionary. The remainder are limited to phrases but the app is virtually brand new and is sure get more comprehensive over time. 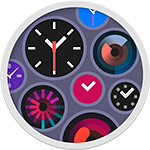 Ustwo Face Maker – Customising the face on your smartwatch is one of the best bits of owning one and Ustwo is in the business of giving you even more to choose from.

All the editing is done from your watch and once you’ve picked a template you can change the style, colour and font for the time display. Since the app is less than month old there are only two designs for the time being – Classic and Trio – but the developers have promised that more are on the way.

Which apps can you trust?

Always check which parts of your phone an app can access before you download it. If an app wants to snoop somewhere you’re not comfortable with leave it alone – there are plenty more apps in the store.