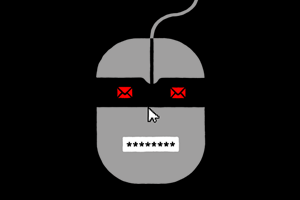 An overwhelming majority believe businesses must take equal or greater responsibility in protecting us from online fraud and scams, Which? has found.

The survey of 2,066 UK adults has found the public want businesses to ramp up the role they’re playing in protecting us from scams.

We also found concerning evidence that fear of scams is starting to affect public behaviour, as half of respondents told us they don’t use certain online products, services or apps for fear of being targeted by scammers.

As a result, Which? has today launched a campaign calling on the government’s Joint Fraud Taskforce to review how businesses take responsibility to protect their customers from being scammed.

We’re all becoming increasingly vulnerable to the advanced tactics used by criminals to scam and defraud us. Join our call for government action and sign our ‘Safeguard Us from Scams’ petition.

Even the savvy are vulnerable to scams

The government needs to put more pressure on companies to protect customers from fraudsters’ increasingly sophisticated tactics, and not leave the onus solely on consumers to protect themselves.

While Which? welcomes the establishment of the Joint Fraud Taskforce, set up by Home Secretary Theresa May in February this year, its focus should be widened, to look at how businesses across all sectors can protect consumers from fraud and scams.

Which? is calling on the Government’s Joint Fraud Taskforce to:

Which? executive director, Richard Lloyd, said: ‘When we know that even the savviest people can be scammed by fraudsters, it’s vital that everything possible is done by businesses to better protect consumers. And where firms haven’t done enough to protect their customers, it’s entirely right that the responsibility to put things right should be with them.

Which? research found around six in ten say they’ve been targeted by online scams in the past 12 months. The research has also helped to identify three of the most common online scams:

Richard Lloyd added: ‘The Government’s Taskforce must not let businesses off the hook, more must be done to prevent fraud and protect consumers.’