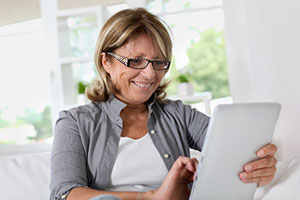 Some 750,000 savers could benefit from the early exit fee cap

Plans to cap pension exit fees at 1% on current schemes and ban them altogether in the future have been outlined by the Financial Conduct Authority (FCA).

The proposed 1% cap would affect savers with older personal and stakeholder pensions (both individual and workplace), and self-invested personal pensions (Sipps). An estimated 750,000 policyholders could benefit.

These proposals apply only to savers over the age of 55, who are legally entitled to access their pots and want to benefit from the pension freedoms before their contract ends. However, the regulator has not ruled out introducing policy initiatives for other age groups wanting to transfer their pensions at a later stage.

The cap should be in place by March 2017, when the relevant section in the Bank of England and Financial Services Act 2016 comes into force. Once this happens, pension providers would not be allowed to impose any exit fees on new policies.

Today’s announcement coincides with the latest Financial Ombudsman Service (FOS) figures that show personal pension plan complaints rose by 23% in the year to the end of March 2016.

The Department for Work and Pensions (DWP) is consulting separately on a cap on early exit charges in occupational pension schemes.

The aim is to give people in occupational pension schemes more freedom to access their pension without the prospect of high penalty charges. This would bring occupational pensions into line with other schemes affected by the recent pension freedoms.

The DWP consultation period is 12 weeks.

Today’s measures are designed to make sure that the pension freedoms work fairly for people in practice and that they don’t face high charges for moving their pension money around.

Alex Neill, Which? director of policy and campaigns, said: ‘It’s right that the FCA is bringing in this cap on pension exit fees. People shouldn’t be unfairly penalised for accessing their money.

‘This announcement is a? good? first step and the regulator must now turn its attention to other charges people face when trying ?to ?mak?e? the most of the pension freedoms.’

Christopher Woolard, FCA director of strategy and competition, said: ‘Together with the ban on exit fees in future contracts, we are proposing a 1% cap on exit charges in existing contracts to ensure people can access their pension pots without being deterred by charges.

‘This is an important step so people feel able to access their pension savings should they wish to.’