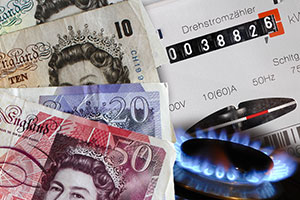 Which? research has found the gap between the Big Six’s standard tariff offerings and the cheapest dual fuel tariffs has widened significantly

New Which? research today reveals that the gap between average Big Six standard tariffs and the cheapest tariff has widened significantly since the Competition and Markets Authority (CMA) started its investigation two years ago.

Which? analysis reveals the gap between the average Big Six standard dual fuel tariffs and the cheapest equivalents on the market increased from £182 to £329 since 2014.

With the final report of the CMA’s energy market investigation due this month, Which? is calling on the regulator to set out how it will judge whether the inquiry’s proposals have successfully improved the market for consumers.

Paying £1.7 billion too much

As part of its investigation, the CMA has set out its evidence on the lack of competition in the energy market – from the number of customers stuck on expensive standard tariffs, low levels of switching and the resulting cost to consumers to the tune of £1.7 billion in overpayment.

Alex Neill, Which? Director of Policy and Campaigns, said: ‘It is right that the energy market has been investigated but during this time prices have continued to soar. If consumer trust is to be restored in this market then the CMA proposals must bring about real change in the energy market to benefit consumers who have been paying over the odds for gas and electricity.’

Which? remains concerned that the remedies proposed by the CMA will not lead to improved outcomes for consumers, so it is today calling on the regulator to outline in its final report how it will evaluate the success of its proposals, including how they will deliver better outcomes for vulnerable customers who have never switched and are overpaying by hundreds of pounds.

The CMA should also commit to holding a review after two years to judge whether the energy market has improved for consumers.

‘The regulator must set out how it will measure the success of its reforms and ensure they will be effectively reviewed, so that action can be taken if competition and consumer outcomes don’t improve.’ said Alex Neill. 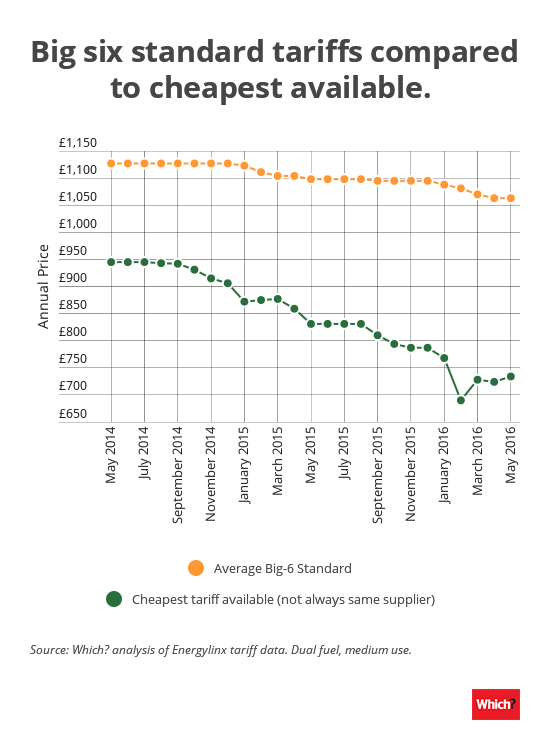 About this graph: The ‘gap’ was measured as the difference between the average of the Big Six standard annual tariffs, and the cheapest tariff available on the market in any of the given time points. The tariffs we analysed assumed dual fuel, direct debit, and medium energy use (3,100kWhs electricity, 12,500kWhs gas), and represent averages across all Great British regions. Data was extracted for the 27th day of every month between May 2014 and May 2016.

What’s new in Which? magazine: November 2020