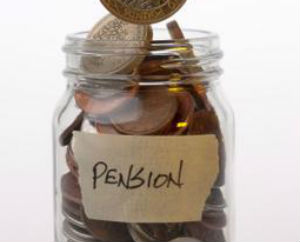 The vote to leave the EU may impact your retirement savings

In the aftermath of the UK vote to leave the EU, stock markets plunged dramatically. They’ve since recovered but remain volatile.

Which? Money experts set out what the uncertainty could mean for your retirement savings.

The current ‘triple lock’ on state pensions guarantees that the state pension will rise by price inflation, or average earnings or 2.5% – whichever is the highest.

It will therefore be important to monitor whether the government reviews this commitment at any future Budget in response to changes in the economy.

Find out more: State pension explained – how much you’ll get

An annuity gives you a fixed income for the rest of your life (certain types carry on paying to your family if you die), in return for some or all of your pension savings. One of the most immediate results of the Brexit vote was annuity companies cutting the rates on their products – so it’s not a good time to get an annuity (you might want to wait, if you can, or consider other options). This won’t affect you if you already have one, though, as your payment level is guaranteed.

If you received a quote before the decline in rates, this will usually be guaranteed for between two and four weeks. New customers are likely to be offered low rates for the time being.

The drop in annuity rates followed falls in gilt (also called government bonds) yields in the wake of the EU vote. As money was diverted into bonds, as a safe haven in turbulent times, prices rose and yields declined. Annuity companies often use these bonds to provide the income to pay policyholders, so annuity rates fell in turn.

People with funds in ‘money purchase’ or ‘defined contribution’ pensions (where you build up a pot over time and then use it to buy an income), or those that have already converted their savings into income drawdown, invariably have at least some of their money invested in the stock market, so are exposed to the current market fluctuations.

If this applies to you, the impact will partly depend on how close to retirement you are. Younger people will tend to have smaller pots, so any losses will be smaller and they will have time to recoup the losses.

Older savers will be closer to retirement and may be protected by having their holdings in shares switched into less volatile assets such as bonds and cash. Falls in the market mean that you can buy investments at a lower price, of course.

For older savers and those who have already shifted their money into income drawdown, the message is similar: do nothing unless you have to during a period of volatility in the markets. Drawing only the natural yield (dividends and interest) will mean that you aren’t cashing in the capital value of your investments when they are declining in value.

Find out more: What is income drawdown? – keeping your pension fund invested

If you’re lucky enough to be in a final salary pension scheme (where your pension income is guaranteed unless the scheme itself fails) you’ll be concerned about how the assets and liabilities of that scheme are now doing. These pensions are linked to the financial health of the employers backing them.

The prospect of Brexit has invariably caused greater uncertainty in the corporate world. If economic growth is now weaker, and company profits fall, schemes’ funding will be put under more pressure.

If schemes are struggling, employers could transfer more of the cost to members by increasing their contributions. They might also, in extreme circumstances, close the schemes to further accrual of benefits, ie you will no longer be able to build up final salary entitlement beyond that you already have.

Find out more: Defined benefit and final salary pensions – what you’ll be entitled to

If you’re not a Which? member, and you’d like to get unlimited access to our Money Helpline experts, you can try Which? Money for two months for £1.

First-time buyer mortgage flash sales: are they here to stay?

Switching bonuses rise to £125: should you get a new current account?